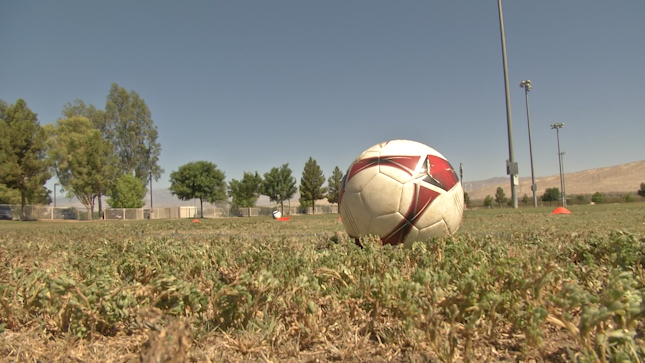 AYSO, a local soccer organization, is seeking to reach an agreement with Cathedral City over its contract of a beloved soccer park.

The American Youth Soccer Organization of Cathedral City has had exclusive rights to the Dennis Keat Soccer Park since 2006. But now, they say the city has breached their contract, allowing other organizations to utilize the park.

AYSO Board Member Brandon Klecker said the problem isn’t sharing the field with other teams.

“We’re not opposed to having other entities come out here and play and partake in using the fields,” Klecker said.

His concern is that others are allowed to use the soccer field, but AYSO is the organization responsible for taking care of the field no matter who uses it.

“We maintain everything,” Klecker said. “We pay our own gardeners, we pay for sprinklers.”

AYSO Board Member Greg Jackson said safety of the children was another important factor in their contract with the city.

“AYSO found itself on (a) kid-friendly, kid-zone where we want everyone to feel safe,” Jackson said. “We don’t allow any alcohol, drugs, or swearing.”

The organization also requires background checks for those interested in playing on the field.

Because the city has opened the soccer field up to other organizations, AYSO has not been able to monitor who has access to the field and its facilities.

“AYSO just wants to make sure that we are able to govern and police the people so we know who are around our kids,” Klecker said.

AYSO is in the process of negotiating their contract for the upcoming soccer season which begins in September.

We reached out to Cathedral City but have not heard back yet.