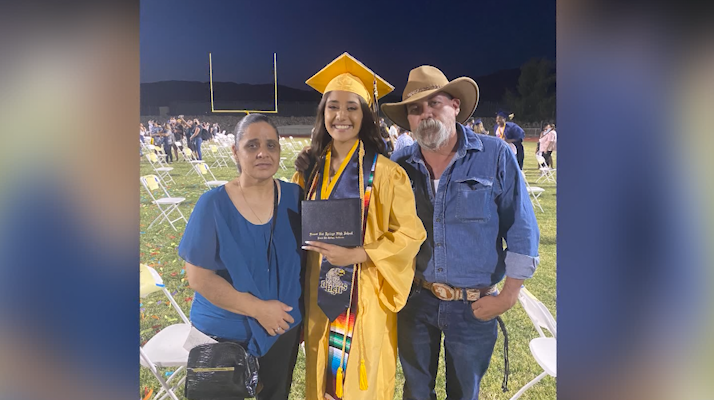 It was a moment of excitement and relief as Orozco learned that she is one of the recipients of a $10,000 scholarship from Carl’s Jr., and that she would be able to afford to attend her dream school- UC Irvine.

“When I got announced that I got the scholarship, I actually cried,” said Orozco. “I was excited. I was shook about getting the scholarship- I didn’t know I would get that much amount of money.”

For Orozco, the only thing standing in the way between her and UCI was finances. Now, thanks to Carl’s Jr., she will enroll at the university this fall, majoring in nursing and getting a minor in psychology. And she couldn’t be more proud to be a UCI anteater.

“That’s why I was a little hesitant to go to UCI but that’s my school, that’s my school. I had to go,” said Orozco. “I’m happy they provided me with the opportunity to continue my studies.”

FOR A MAJOR CORPORATION LIKE CARL’S JR., THEY’RE EXCITED TO INVEST IN THE NEXT GENERATION.

“Education is important… and giving kids the opportunity to have an education where they may not have the means or the resources to be able to do it and not come out of school with a lot of debt is really critical,” said Andrew Robinson, Chief Human Resources Officer at CK Restaurants. “It’s about giving back to the community and being partners with these young students on their academic journeys.”

Orozco wants to be an example for other students in the desert, showing them that academic goals are achievable.

“I want them to be taking advantage of every opportunity they have because the Coachella Valley has a lot of opportunities that many of us don’t know about,” said Orozco.

Most importantly, she wants to show her little sister that she too can achieve anything she puts her mind to.

“I try to motivate her to know that anything is possible,” said Orozco. “I’m trying to be her role model.”

The Carl N. and Margaret Karcher Foundation Scholarship is available to graduating high school seniors in states where Carl’s Jr. operates. The application for the next round of scholarships will be available in early 2022.

For more information on how to apply, visit Scholarship America.