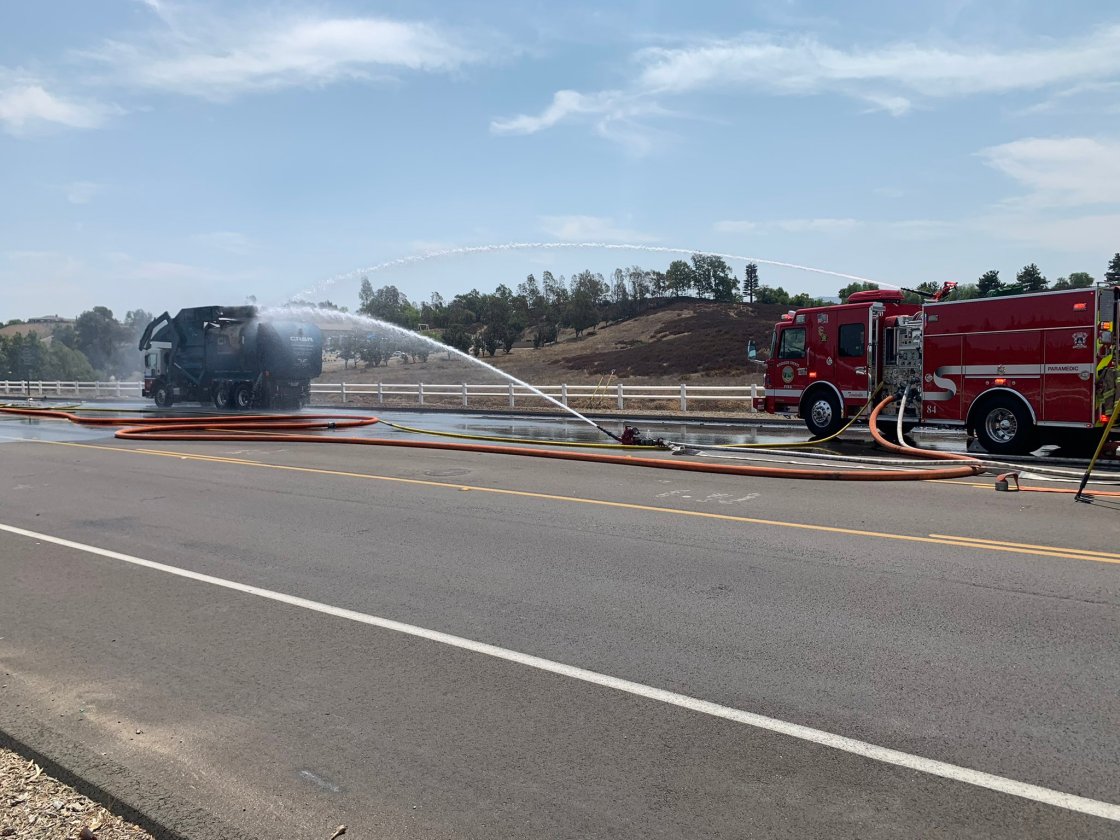 A trash truck erupted in flames Monday in Temecula, causing a liquid propane fuel tank to explode, hurling debris into nearby fire engines, causing minor injuries to 12 crew members and a civilian.

The vehicle fire was reported about 10:35 a.m. at the intersection of Butterfield Stage and Rancho California roads, according to the Riverside County Fire Department. Multiple engine crews arrived to find the trash truck fully engulfed, with the driver outside of the rig.

As firefighters were pouring water on the blaze, the truck’s 25-gallon propane tank exploded, and pieces of metal and other debris went in all directions, according to reports from the scene.

A dozen firefighters and a civilian suffered unspecified minor injuries, according to the fire department, which also reported that two fire engines were damaged, one significantly.

The intersection was shut down by the California Highway Patrol for public safety. Crews contained the blaze less than a half-hour later.

The injured parties were taken to three different hospitals for evaluation and treatment, according to the fire department.