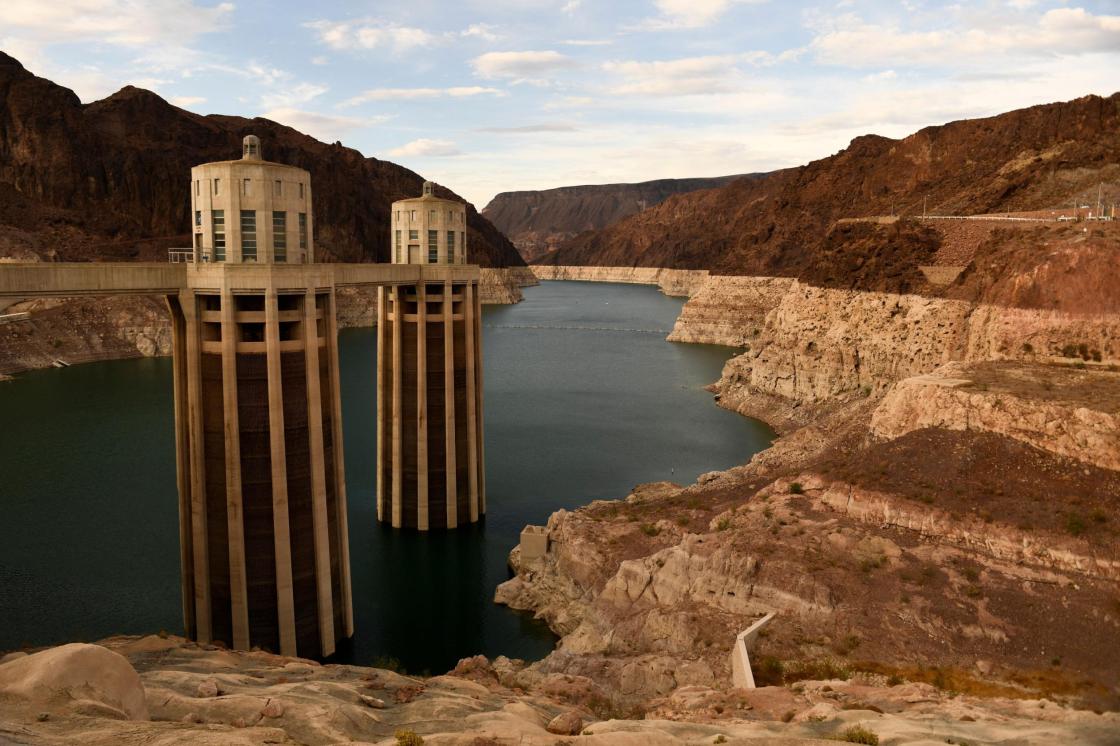 (CNN) — The federal government on Monday declared a water shortage on the Colorado River for the first time, triggering mandatory water consumption cuts for states in the Southwest, as climate change-fueled drought pushes the level in Lake Mead to unprecedented lows.

Lake Mead, the largest reservoir in the US by volume, has drained at an alarming rate this year. At around 1,067 feet above sea level and 35% full, the Colorado River reservoir is at its lowest since the lake was filled after the Hoover Dam was completed in the 1930s.

Lake Powell, which is also fed by the Colorado River and is the country’s second-largest reservoir, recently sank to a record low and is now 32% full.

“It’s very significant,” Brad Udall, senior water and climate scientist at Colorado State University, told CNN. “It’s something that those of us in the climate community have been worried about for over a decade, based on declining flows due to climate change.”

With the lake expected to remain at around 1,066 feet of elevation into 2022, according to the US Bureau of Reclamation’s latest monthly projections, the agency announced that the Colorado River will go into the first tier of water cuts beginning January 1.

“Given ongoing historic drought and low runoff conditions in the Colorado River Basin, downstream releases from Glen Canyon Dam and Hoover Dam will be reduced in 2022 due to declining reservoir levels,” the report said.

Lake Mead provides water to roughly 25 million people in Arizona, Nevada, California and Mexico, according to the National Park Service. Under the complex priority system, Arizona and Nevada will be affected by the tier-1 shortage.

Arizona will see an 18% reduction in the state’s total Colorado River supply, primarily impacting agriculture. Although Nevada will need to adhere to a 7% reduction in its Colorado River water supply in 2022, the state had already reduced its deliveries and no change is expected due to the shortage, according to John Entsminger, general manager of the Southern Nevada Water Authority.

Additional cuts — each tier with worsening impact on agriculture and municipal water — are expected if Lake Mead continues to fall. The second tier of cuts, triggered at 1,050 feet, could come as soon as 2023.

Snaking its way through the Rocky Mountains to the Gulf of California, the Colorado River’s volume have been dwindling due to extreme heat and drought.

T.J. Atkin, a cattle rancher in Utah and Arizona, described the toll the drought was taking on his family’s business and his animals.

“Everyone else I’ve talked to says in 85 years, it has not been this bad,” Atkin told CNN in June. “We have 85 years’ worth of our own drought data that says we’ve never done this … not to this extent.”

At a news conference announcing the cuts, US officials said climate change is behind the West’s water shortage.

A UN report released last week emphasized the role human-caused climate change plays in drought frequency and intensity. Globally, droughts that may have occurred only once every 10 years or so now happen 70% more frequently, according to the report. The link is particularly strong in the Western US, scientists said, which is currently in the grips of a historic, multi-year drought.

More than 95% of the West was in drought as of last week, the largest area in the history of the US Drought Monitor.

“There’s no doubt that climate change is real — we’re experiencing it every day in the Colorado River Basin and in other basins in the West,” said Tanya Trujillo, assistant secretary for water and science at the US Department of the Interior. “I think the best strategy for planning is to think about a broad range of scenarios and a broad range of potential hydrology, and to work closely with our partners in the basin to try to think through all of those scenarios.”

On average, the Colorado River’s flow has declined by about 20% over the last century, according to a 2020 study by US Geological Survey scientists. Over half of that decline can be attributed to warming temperatures across the basin, researchers said.

Without any significant reductions to planet-heating emissions, particularly from the burning of fossil fuels, the study found the Colorado River’s average discharge could shrink by 31%, compared to the historical average, by the middle of this century — a theme consistent with the UN climate report.

The significance of the reservoirs’ rapid decline cannot be overstated. The Colorado River supplies water to more than 40 million people living across seven US states and Mexico.

Lake Mead and Lake Powell provide a critical supply of drinking water, hydropower and irrigation for many communities across the region including rural farms and tribal nations.

As the climate rapidly changes, Udall said the West should prepare for more shortages.

“Climate change is water change, and many of the worst impacts we’re going to see out of climate change are through changes in the water cycle,” Udall said. “Not only do we have to plan for these undesirable water outcomes, but we also have to get our act together and reduce greenhouse gases as fast as we can.”