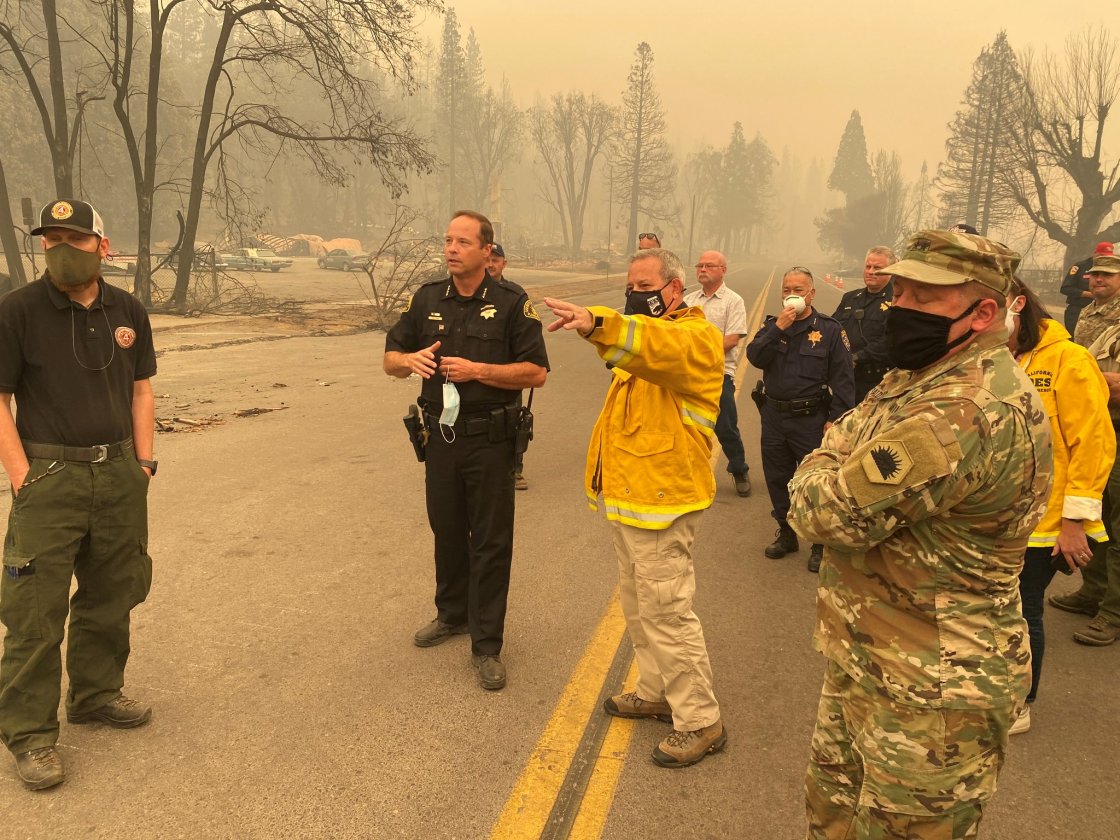 CNN) — More than 25,000 wildland firefighters, support personnel and incident management teams are battling dozens of large fires across the US, and the potential for additional significant fires is expected to continue for another month, the National Interagency Fire Center (NIFC) said.

“As a result of the elevated to critical fire weather conditions, almost every ongoing large fire was active across North Ops, Northwest, and Northern Rockies with many of the fires exhibiting rapid and significant growth,” the center said in a Tuesday update.

The Dixie Fire, the nation’s largest active fire and the second largest in California’s history, has now charred 604,511 acres and destroyed at least 630 homes, according to Cal Fire.

The Caldor Fire in northern California’s El Dorado County more than doubled overnight to 6,500 acres and destroyed numerous buildings, according to Cal Fire.

“Extreme fire behavior was observed overnight causing immediate mandatory evacuations in the area and structure loss was observed,” according to an incident update.

The sheriff’s office ordered evacuations of at least 2,500 residents, as “the fire continues to post a high risk to multiple communities,” said the update.

Officials say the fire, which started on Saturday, is threatening at least 2,010 structures.

In Utah, crews were able to make headway against the Parleys Canyon Fire thanks to favorable weather conditions Monday, but tougher conditions are expected in the area Tuesday, according to Utah fire officials. Forecasted gusty winds, thunderstorms and large hail “could lead to new lightning-caused fires and potential fire growth,” officials said.

Parleys Canyon Fire evacuations could last until Thursday for some

As the Parleys Canyon Fire grew over the weekend, more than 6,000 homes east of Salt Lake City were evacuated Saturday afternoon.

Some of those communities will likely remain evacuated through Wednesday or Thursday, the Summit County Sheriff’s Office said, citing a red flag warning that signals weather conditions could lead to quickly spreading flames.

Critical fire weather is in the forecast Tuesday for parts of central Nevada and extreme northwest Utah, CNN meteorologist Michael Guy said. Cooler air will push into the region, but it will also be very dry and windy, increasing the risk for wildfires, Guy said.

The evacuations affected homes in the communities of Summit Park, Pine Brook, Lambs Canyon and Mill Creek, according to the Utah Department of Natural Resources.

The Summit County Sheriff’s Office urged residents to leave their homes for both their own safety as well as first responders’.

“To the residents who are refusing to evacuate for the #ParleysCanyonFire – you are hampering efforts and are putting first responders in danger. PLEASE evacuate immediately!” the sheriff’s office wrote in a Facebook post

In California, the Dixie Fire continues to grow by thousands of acres each day.

The fire threatens 16,085 structures and the cause is still under investigation. The Dixie Fire started on July 13 and injured three first responders, according to Cal Fire. There are no reports of fatalities, Cal Fire said.

Parts of Plumas, Lassen, and Tehama counties are under evacuation orders.

The state’s largest wildfire is last year’s August Complex, which charred 1,032,648 acres and killed one person, according to Cal Fire.