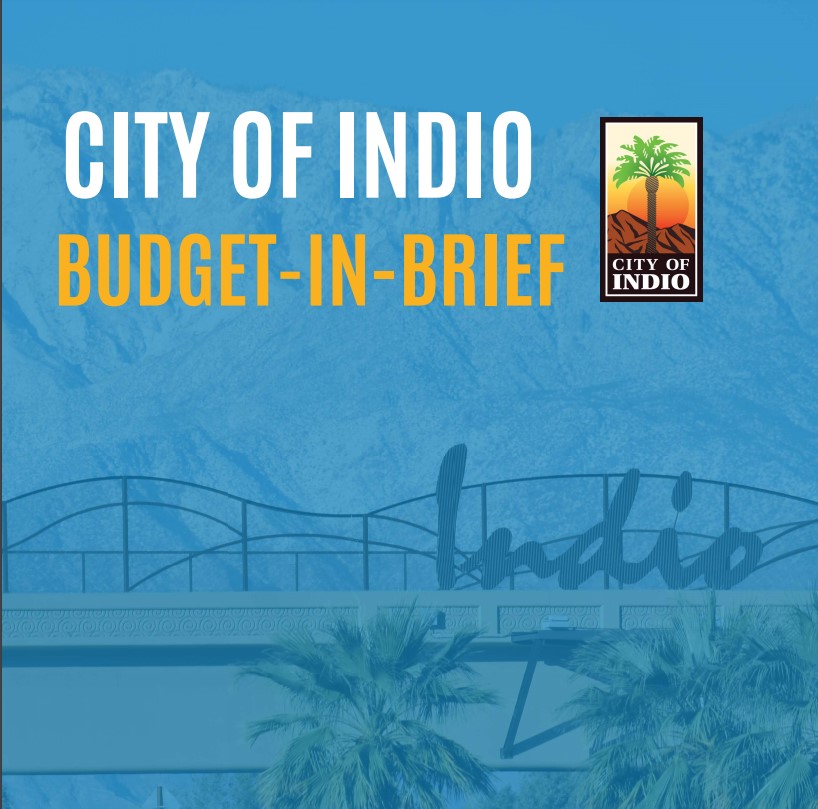 The city of Indio launched a web portal Thursday with highlights of its 2021-22 fiscal year budget.

The “Budget-In-Brief” portal was created in the interest of making the information easier to find and digest, and an alternative to downloading a massive file, according to the city.

“Most people just don’t have the time to dig through such a large document, so this makes it easier,” city spokeswoman Brooke Beare told City News Service.

The new portal offers readily obtainable details that are contained within the 238-page budget document, also available online. It can be accessed at the City of Indio’s website.

“This year, we added a more visually friendly demographics page for those interested in learning about the community,” said Assistant City Manager Rob Rockwell. “Effective municipal budget documents contain more than just numbers; they convey a story about where a city has been and where it intends to go.”

“A well-prepared budget serves as a visionary document, as well as an informational one, and the city believes that the 2021-22 adopted budget document realizes both of these objectives,” he said.

The $187.5 million appropriations plan, which is roughly 18% larger than the 2020-21 budget, was adopted unanimously by the Indio City Council on June 16.

According to the Budget-In-Brief, 49.6% of the city’s budget goes to police, fire, senior and teen services, as well as public works and other needs. The portal shows $35.7 million allocated to the Indio Police Department; $17.2 million for the Fire Department and emergency medical services; $7.3 million for the Public Works Department; and $1.6 million for the Economic Development Department.