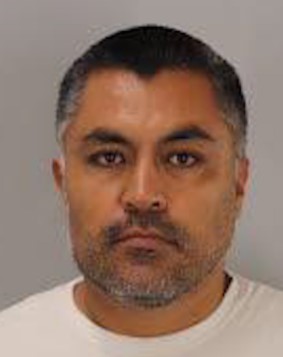 An adult-education teacher for the Coachella Valley Unified School District was arraigned Friday on charges of sexually assaulting a child over a four-year period.

The felony complaint filed against Martinez indicates the alleged assaults occurred between October 2010 and October 2014.

Martinez pleaded not guilty to the charges and is due back at the Larson Justice Center in Indio on Aug. 31 for a felony settlement conference. He is being held at the Smith Correctional Facility in Banning on $1 million bail.

Lissette Santiago, a CVUSD representative, previously confirmed Martinez was an adult-education teacher for the school district who was arrested on suspicion of “lewd acts with a child, not involving his employment.” Authorities have not revealed the defendant’s relationship, if any, to the juvenile.