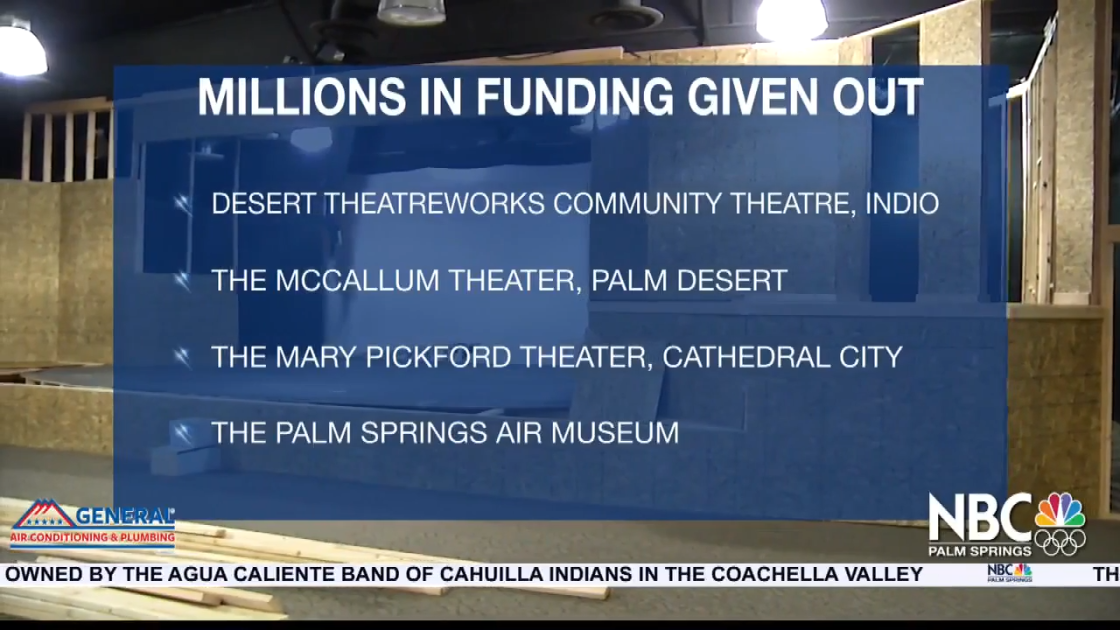 Nearly $19 million in American Rescue Plan Funds have been distributed to theater venues and small businesses in the Coachella Valley area, it was announced Thursday.

Theaters and event sites in the 36th District of California were among 28 venues that received a portion of the nearly $19 million, Rep. Raul Ruiz, D-Coachella, said.

“The American Rescue Plan’s expanded Shuttered Venue Operator Grant program is a lifeline for our local theatres and stages,” Ruiz said in a statement on Thursday. “Now, thanks to these vital funds, our economy and tourism are supported and jobs are retained for residents of the 36th District.”

A full list of Shuttered Venue Operator Grant program awardees in the 36th District can be found at data.sba.gov/dataset/svog.