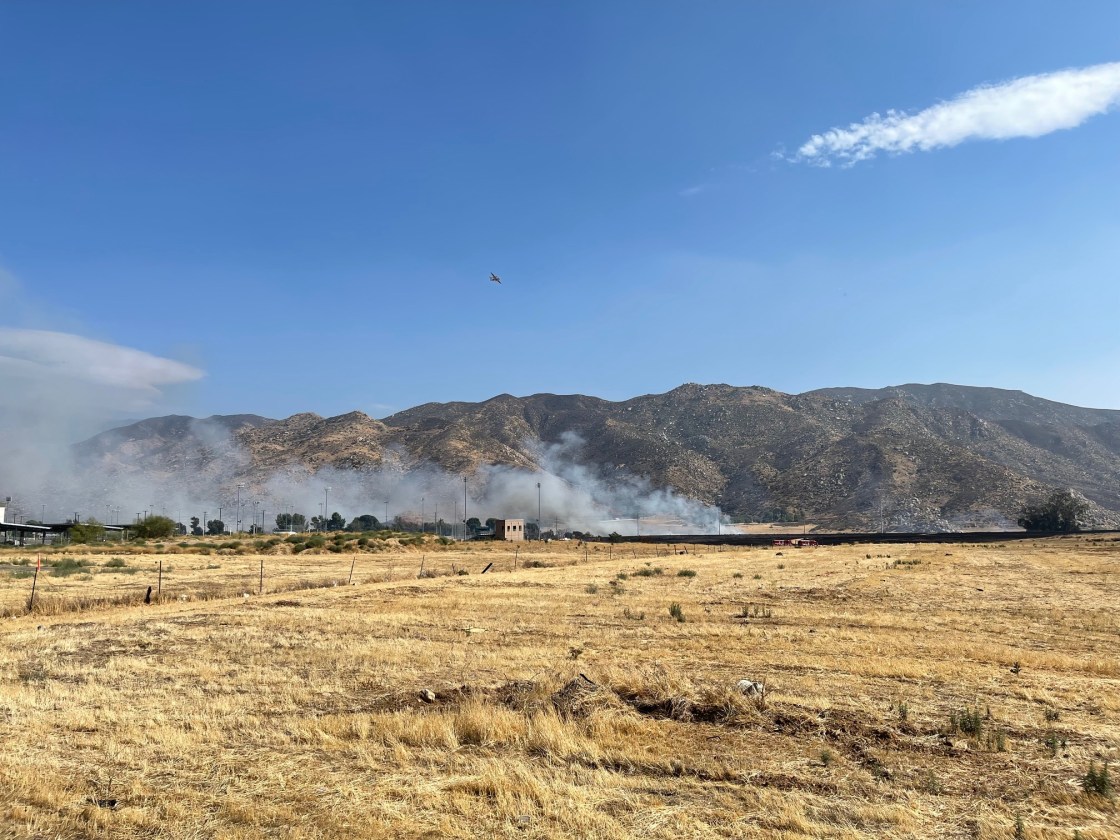 A brush fire erupted Wednesday in a field near a campground and school in Banning, scorching about 200  acres and prompting evacuations as crews worked to encircle the brusher.

The non-injury blaze was reported at 2:20 p.m. in the 100 block of Westward Avenue, near San Gorgonio Avenue, according to the Riverside County Fire Department.

The agency said 22 engine crews and four hand crews from the county and neighboring Calimesa Fire Department were sent to the blaze and encountered flames moving at a moderate rate toward the KOA Campground, just west of Banning High School.  185 firefighters have been dispatched.

The school and campground were promptly evacuated.  Just after 4:00PM, and evacuation warning was expanded for norther of Highway 243, south of Charles Street, west of Hathaway Street, and east of San Gregonio Avenue.

Highway 243 is closed in both directions between Twin Pines and Old Banning/Idyllwild Road.

The fire was not immediately threatening homes in the area, according to reports from the scene.

Cal Fire water-dropping helicopters were sent to make runs on the brusher, but most air tankers were diverted to a much larger wildfire burning to the northwest, around Lytle Creek, in San Bernardino County.

As of 3:15 p.m., firefighters were trying to prevent the fire from spreading south into the San Bernardino National Forest.

#WestwardFire [UPDATE] An evacuation warning has been issued north of Highway 243, south of Charles Street, west of S. Hathaway Street and east of San Gorgonio Avenue.https://t.co/e82LKHxUlQ

The cause of the blaze was not known.