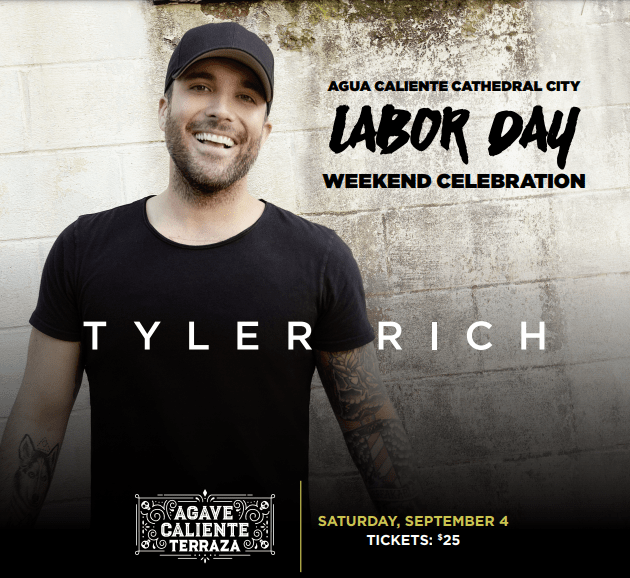 Click here for a chance to win a pair of tickets to join us at Agave Caliente Terraza on Saturday, September 4th at 8PM for our Tyler Rich concert. Ten lucky winners will be selected to go to the big show! 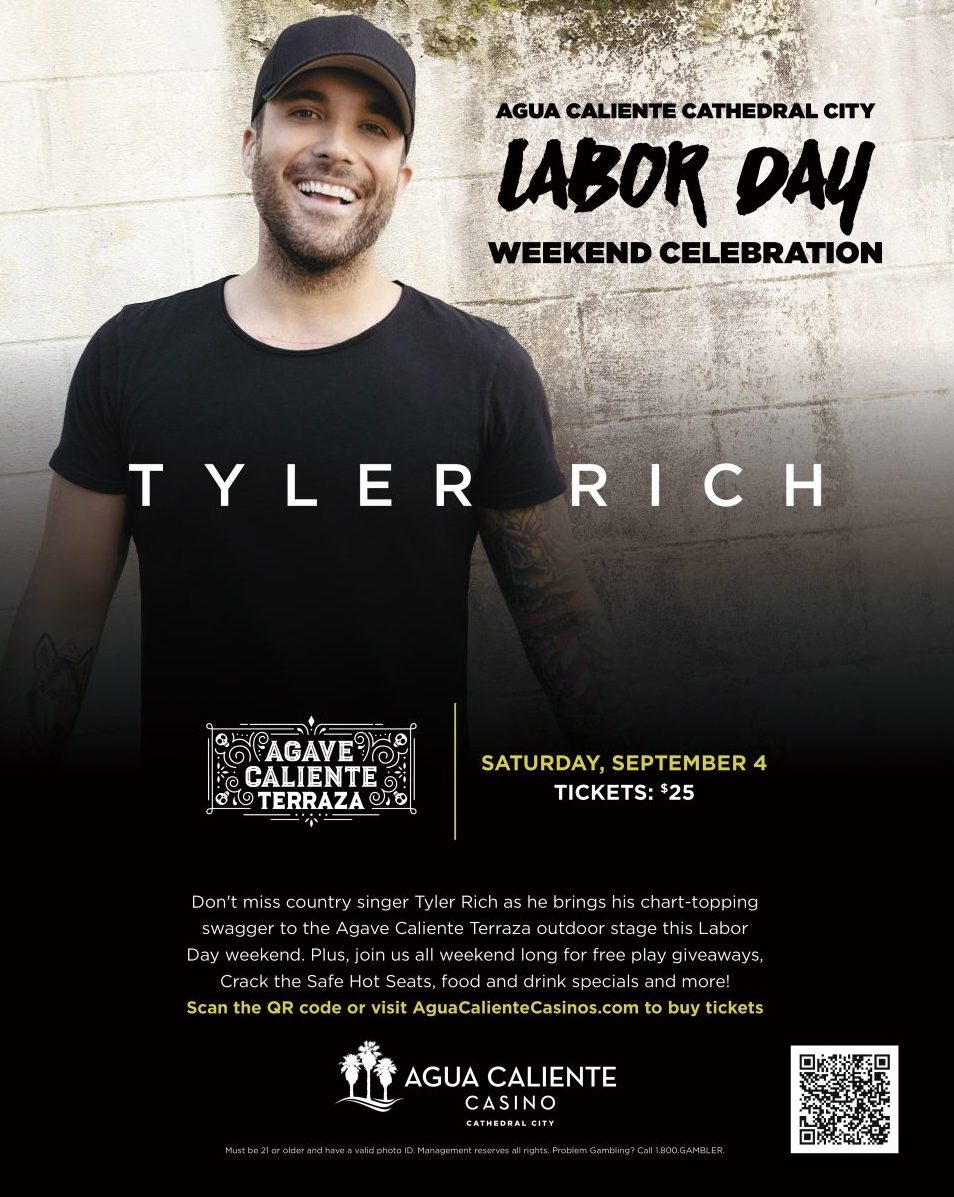 Raised in Northern California, Tyler Rich found his love of music gathered around a Christmas tree alongside family singing holiday classics and Creedence Clearwater Revival. Fast forward to graduating college with a degree in Economics, Tyler moved to LA to pursue a different game of numbers – music – exploring various genres with songwriting and bands before taking the leap as a solo artist.

His fanbase has grown organically from Sacramento to Nashville where in 2017 he signed a record deal with The Valory Music Co. and publishing agreement with Big Machine Music. While introducing his amplified sound and infectious energy coast to coast, the 2018 CMT Listen Up and 2019 Pandora Artist has toured with Brett Young, Justin Moore, LANCO and Dustin Lynch, plus shared bills alongside Sam Hunt, Brett Eldredge, Cole Swindell, Dan + Shay and more.

Enlisting Tyler as one of their “10 New Country Artists You Need to Know, Rolling Stone touts him as “the newest member of country music’s radio-minded incoming class, with a homecoming king’s swagger and a valedictorian’s songwriting smarts.” SiriusXM chart-toppers GOLD-certified single “The Difference” and “Leave Her Wild” set the tone for his debut album TWO THOUSAND MILES, a reference to the distance between Los Angeles and Nashville as both he and his wife, actress Sabina Gadecki chased their dreams and embraced a bi-coastal relationship.

While inspiration has been specific, the collection reflects feelings all people have in common – the needs for acceptance, devotion and places to call their own. Tyler has continued to create and connect virtually, recording the aptly-titled “Feels Like Home” and from a makeshift home studio as musicians added parts from their respective spaces.

After playfully teasing the demo on TikTok to an overwhelming response with over 3 million views, Tyler expedited plans for a Valentine’s Day weekend release of “Better Than You’re Used To.” During a time that often finds many re-evaluating their worth, the song is a reminder of knowing your value and how you should be treated. His empathetic spirit extends to animals too with Rich Rescues, an initiative he began while on tour and continues from home to raise awareness for pet adoption. Visit TylerRich.com for updates or follow on Instagram and TikTok.