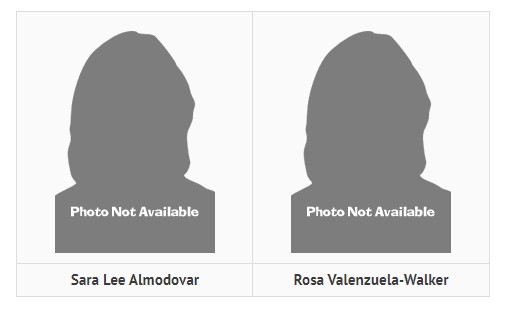 A mother and grandmother who allegedly abducted a girl in Thousand Palms were out on bail Monday.

Sara Lee Almodovar, 36, the biological mother of the child, and Rosa Valenzuela-Walker, 58, the biological grandmother, are accused of forcibly removing the child from her elementary school, according to the Riverside County Sheriff’s Department. The two women live in Texas.

Riverside County Sheriff’s deputies stationed in Palm Desert received a call about 8:40 a.m. Friday from the girl’s biological and custodial father stating that she had been abducted from the school in the 31000 block of Robert Road.

Almodovar allegedly had a physical struggle with a school staff member before taking the child and fleeing with Valenzuela-Walker in a late model sedan, according to police.

Officials located the rental car at Palm Springs International Airport, and it was determined that the two suspects then fled the area in a late model Chevy truck.

California Highway Patrol later identified the truck’s license plate and located the vehicle on the 1000 block of Mojave Road in Parker, Arizona. Parker police were able to stop the vehicle and safely return the child to her custodial father.

Almodovar and Valenzuela-Walker were initially booked at the John Benoit Detention Center in Indio, and both were out on bail on Monday, according to jail records.