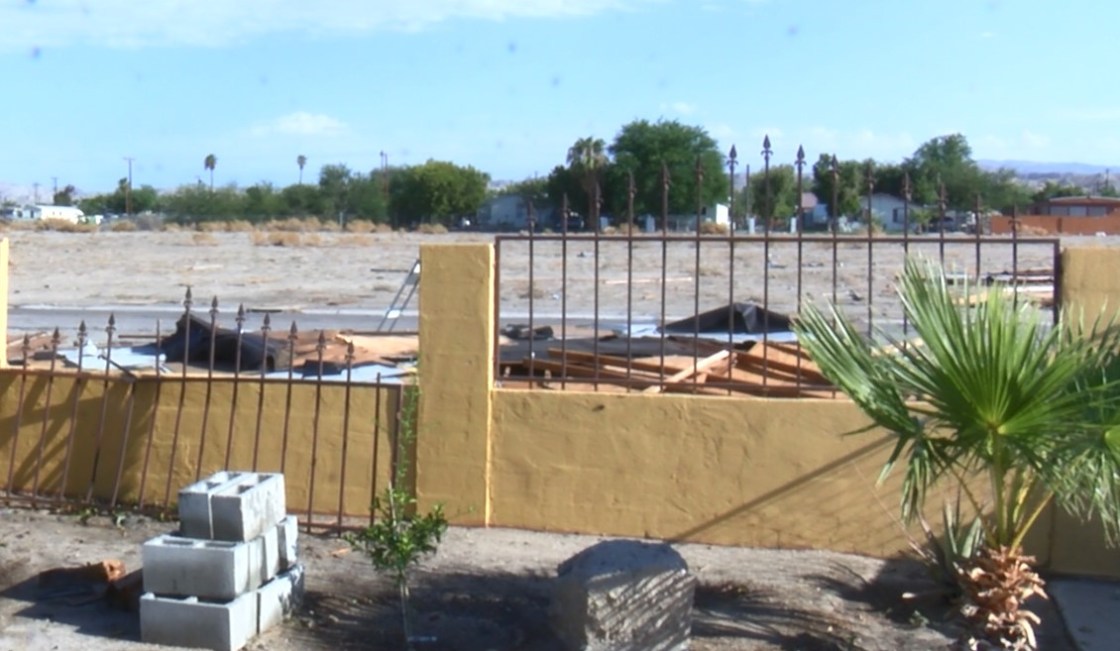 Utility officials were working again Wednesday to restore power to nearly 700 Imperial Irrigation District customers in the North Shore area, near the Salton Sea, who have been without power since a Monday night storm.

A storm described by an IID board member as “an act of God” destroyed more than 30 electrical poles on Monday, causing about 1,400 customers to initially lose power at 7:30 p.m., according to IID.

According to an IID representative, weather conditions have made the continued restoration effort difficult. IID reported 662 customers without power as of 9 a.m. Wednesday.

The IID held a special board meeting Tuesday and declared the outage a local emergency, meaning the utility can be reimbursed for expenses made in the effort to restore power from the state once approved by Riverside County.

According to IID, the poles in North Shore knocked down by the storm were initially installed 27 years ago. They will be replaced by what a board member described as “a higher class” of pole.

The utility agreed to begin discussions with Riverside County to provide relief but stated that its priority is restoring power.

“We have all hands on deck,” Marilyn Del Bosque Gilbert, IID energy manager, said earlier Tuesday. “The district has all resources available at the site and will continue to work as long as needed to restore power. We appreciate the patience of our customers during this unexpected outage.”

The storm caused downed distribution lines and other damage that required the removal of equipment and the construction of new infrastructure, according to the utility.

IID reported 80 personnel were deployed to the restoration effort under “extreme weather conditions,” and the utility was making ice and bottled water available for North Shore customers affected by the outage.

The supplies were being provided at the IID command center, located near the intersection of Club View Drive and Vander Veer Road.

The Yacht Club at 99-155 Sea View Drive in Mecca has been designated as a cooling center from 8 a.m. to 8 p.m. until power is restored. The Yacht Club was also the location of a food distribution event from 8-10 a.m. Wednesday or until food runs out.

At the board meeting, officials said the Coachella Valley Water District had provided water to be used for things other than drinking.

The IID serves electricity to more than 150,000 customers in parts of Riverside and San Diego counties, and all of Imperial County.