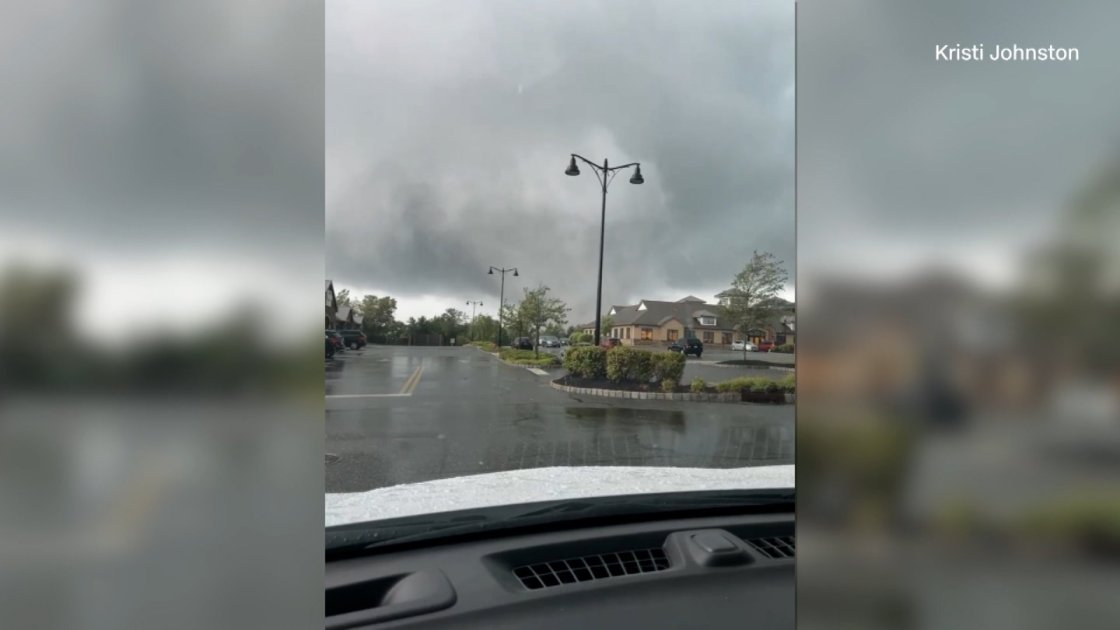 (CNN) — Water rescues still were underway Thursday across parts of the Northeast after the remnants of Hurricane Ida unleashed deadly and paralyzing flooding at shocking speed in the New York City and Philadelphia areas and elsewhere.

Cars were left abandoned on Northeast streets after drivers fled roads that transformed into swift rivers, and southern New Jersey is cleaning up from a tornado that flattened homes.

In the Philadelphia area, some streets were swamped, delaying the city’s rail and bus services, closing city buildings and prompting Philadelphia leaders to urge people to work from home.

Rescuers were navigating boats through flooded streets Thursday morning in and around Philadelphia, northern Delaware and parts of New York state, ferrying people from flooded homes.

In Pennsylvania alone, thousands of rescues are believed to have happened so far, state emergency management Director Randy Padfield said.

“There’s a lot of damage, and I made clear to the governors that my team at … FEMA (the Federal Emergency Management Agency) is on the ground and ready to provide all the assistance that is needed,” President Joe Biden said Thursday.

In New York City, first responders rescued commuters from halted subway trains Wednesday night, while other travelers were stranded overnight in subway stations, some sleeping on benches with service suspended and no way to get to their destinations.

“New York is used to disasters, but you cannot imagine how much rain fell out of the heavens last night,” New York Gov. Kathy Hochul told CNN Thursday morning.

“There’s going to be a massive cleanup. I would urge people to stay home, check on your neighbors, make sure they’re OK.”

Beverly Pryce, a nurse from Queens, was among those who stayed overnight in a Manhattan subway station, having left her home Wednesday night to go to work, only for the flooding to bring everything to a standstill.

“(I’ve seen) nothing like this,” she told CNN Thursday morning. “I didn’t expect it to be this severe; I would not have left my house.”

13 killed in New York, many of them in basements in Queens, officials say

Of the 23 killed, 13 died in New York state. Twelve of those were in New York City, and one person died in Westchester County after getting out of a vehicle in flash flooding, officials said.

Of those who died in New York City, at least eight died in flooded basements of homes in Queens, city police Commissioner Dermot Shea said.

Six deaths were reported in New Jersey, and one in Maryland.

In Passaic, New Jersey, a man in his 70s was found dead after floodwaters overtook the vehicle he was in, Mayor Hector Lora told CNN’s Don Lemon.

Also in New Jersey, a man in his 50s was swept away by floodwaters in Maplewood and later found dead in Millburn, a few miles to the west, according to Maplewood police.

In Pennsylvania, three storm-related deaths were reported in Montgomery County, said Dr. Val Arkoosh, chair of the county board of commissioners.

In Maryland’s Montgomery County, a 19-year-old was found dead Wednesday in a flooded apartment complex, and his death is preliminarily attributed to the storm, police said.

The rate of rainfall was stunning and sometimes unprecedented.

The Northeast and Mid-Atlantic areas were under flash-flood watches earlier Wednesday as the remnants of Ida — which made landfall in Louisiana on Sunday as a major hurricane and devastated parts of that state — approached.

Ida transitioned from a tropical depression to a post-tropical cyclone over the Appalachians on Wednesday morning as it rolled into the Northeast. Heavy rain was expected — but where, precisely, the heaviest rain would fall wasn’t known until shortly before it happened, FEMA Administrator Deanne Criswell told CNN on Thursday.

“People are just shocked by this,” Hochul, the New York governor, said. “I mean this is an event that we planned for — we started deploying resources to the region the night before and in the morning before.”

“But once that rain starts coming down and it’s just unrelenting, there’s nothing that the people can do other than look up with their jaws dropped and say, ‘What is happening here?'” Hochul said.

After the storm, New York’s subway system was temporarily halted with the exception of two lines due to the flooding, leaving many people stranded and unsure how they would get home.

Some were idled on a subway near Times Square around 1:20 a.m. after traveling from the US Open tennis tournament in Queens. Videos from the station showed a waterfall flowing off of the train car roof and onto people trying to get out — as well as a drink kiosk being whirled around by the wind.

While some subway service resumed Thursday, commuter rail lines were expected to offer only extremely limited service because of power issues and debris, officials said.

Some air travel also was snarled: Newark Liberty International Airport’s Terminal B was flooded on the lower level. More than 350 flights were canceled at that airport by 8 a.m. ET.

New Jersey: Tornado in the south, flooding in the north

Hundreds of trees were downed, and power was knocked out for a third of the township, Marrow said. No deaths were reported there, New Jersey Gov. Phil Murphy said.

“This is going to take some time to dig out of, there’s no question about it,” Murphy said Thursday, standing in front of one of the wrecked homes.

Kristi Johnson was on the phone with her husband and in a parked vehicle when she saw the twister and debris.

“I rolled my window down and it sounded like a train coming. I hung up on my husband and started to drive away from it,” Johnson told CNN. “It was extremely scary.”

Many towns in the northern New Jersey reported widespread flooding that damaged homes and businesses and forced drivers to abandon their cars.

In Clifton, a fire ambulance was seen submerged in the floodwaters along with several other submerged vehicles.

Parts of the Philadelphia area flooded, leaving some vehicles still underwater in streets and highways Thursday morning. The Schuylkill River was more 2 feet above major flood stage at one point in the morning.

At least 100 people had been rescued from floodwaters in Philadelphia alone as of noon Thursday — and rescues were expected to continue at least into the evening, city Fire Commissioner Adam Thiel said.

Pennsylvania is slowly moving into “recovery mode” and there was a “long road ahead of us, Gov. Tom Wolf said Thursday.

“I know many people in Pennsylvania are hurting,” Wolf said, adding that the southeastern part of the state appears to have sustained the most damage.

About 50 residents had been rescued by 10 a.m. ET, and a few more blocks still needed to be checked, Bridgeport borough manager Keith Truman said. Similar rescues were happening Thursday morning near Wilmington, Delaware, other video showed.

Elsewhere in Pennsylvania, the storm had trapped a school bus in floodwaters Wednesday in Shaler Township. The school district and local volunteer fire company confirmed that 41 passengers were rescued from the bus.

Video shows a team of at least four wading through water nearly up to their waist to help the passengers onto a small boat. The rescued students were then transported safely to the high school, Shaler Area School District said.

“This is an extremely dangerous storm that is impacting the entire state,” said Wolf according to a news release. “As we continue to monitor the conditions, I ask everyone to please stay home if you’re able.”

In Maryland, Ida’s downpour flooded at least 12 apartments at the the Rock Creek Woods complex in Rockville, where a 19-year-old man was found dead. Rescue personnel evacuated dozens of people there, officials said Wednesday.

Three people and one firefighter were transported to hospitals for non-life-threatening injuries.

A tornado also touched down in the state, according to Bud Zapata, the Annapolis Fire Department Public Information Officer.

The tornado was reported to have touched down in a primarily commercial area of Annapolis. No injuries have been reported, but some private residences were damaged and there was an active gas leak in the area. Fire, police and other agencies were assessing damage, Zapata said.