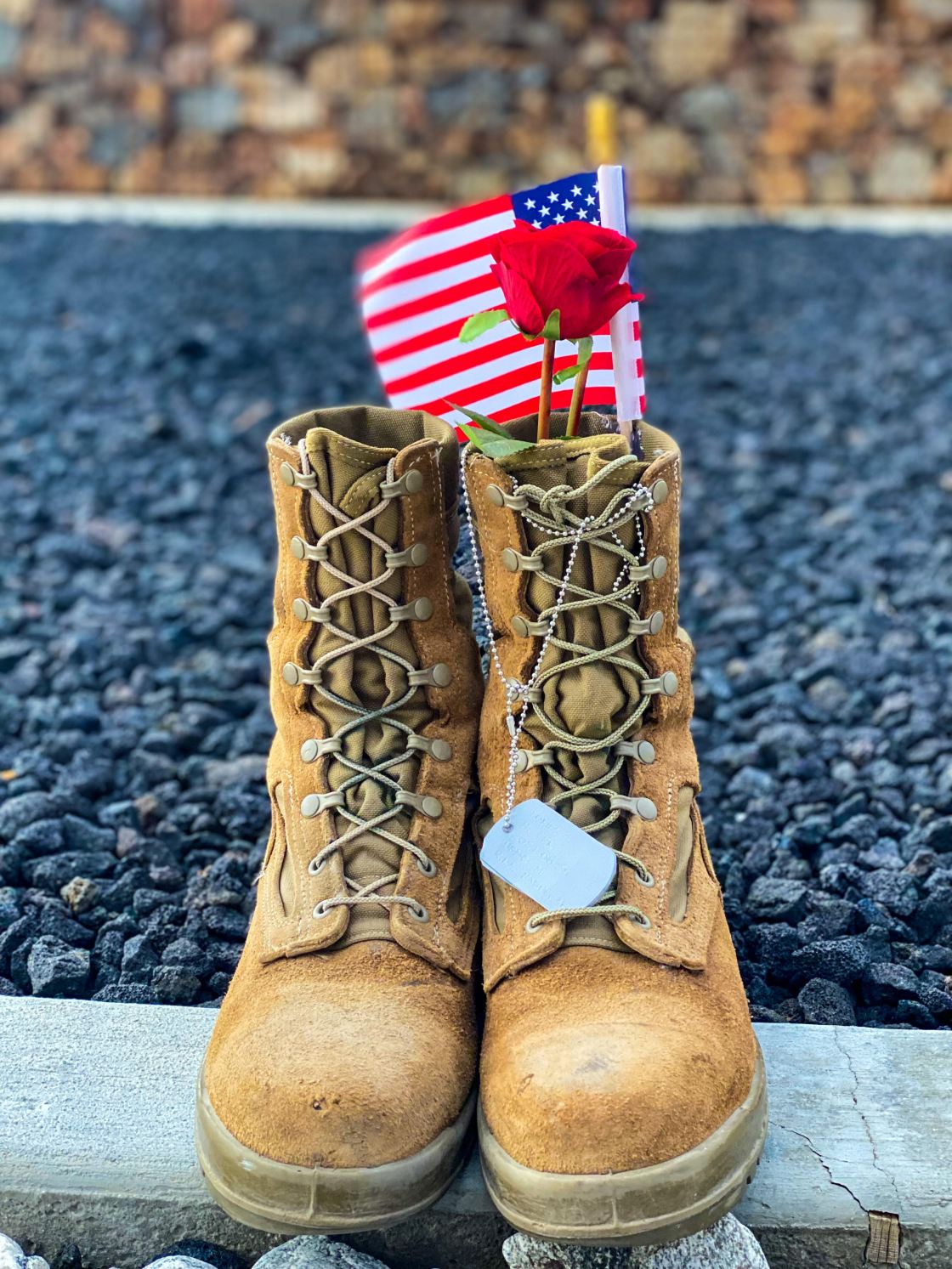 A memorial was set up outside of the Marine Corps Air Ground Combat Center in Twentynine Palms.

The tribute was set up by several marine wives on the base to pay their respects to 13 fallen U.S. service members, according to Rebecca Brown who participated in the planning and set up of the memorial.

On August 26, 2021, two explosions at the Kabul airport in Afghanistan killed 13 U.S. service members and 169 Afghan civilians. Among the deceased service members were 11 Marines, 1 Army soldier, and 1 Navy corpsman.

Four of the Marines were from California:

Brown says Sgt. Nicole Gee was stationed at 29 Palms at one point and hiked to Sugar Cookie.

On the one-month anniversary of the attack, the group plans to honor her and the others by hiking to the Sugar Cookie site.

Soon the group plans to do a candlelight vigil to honor the fallen.