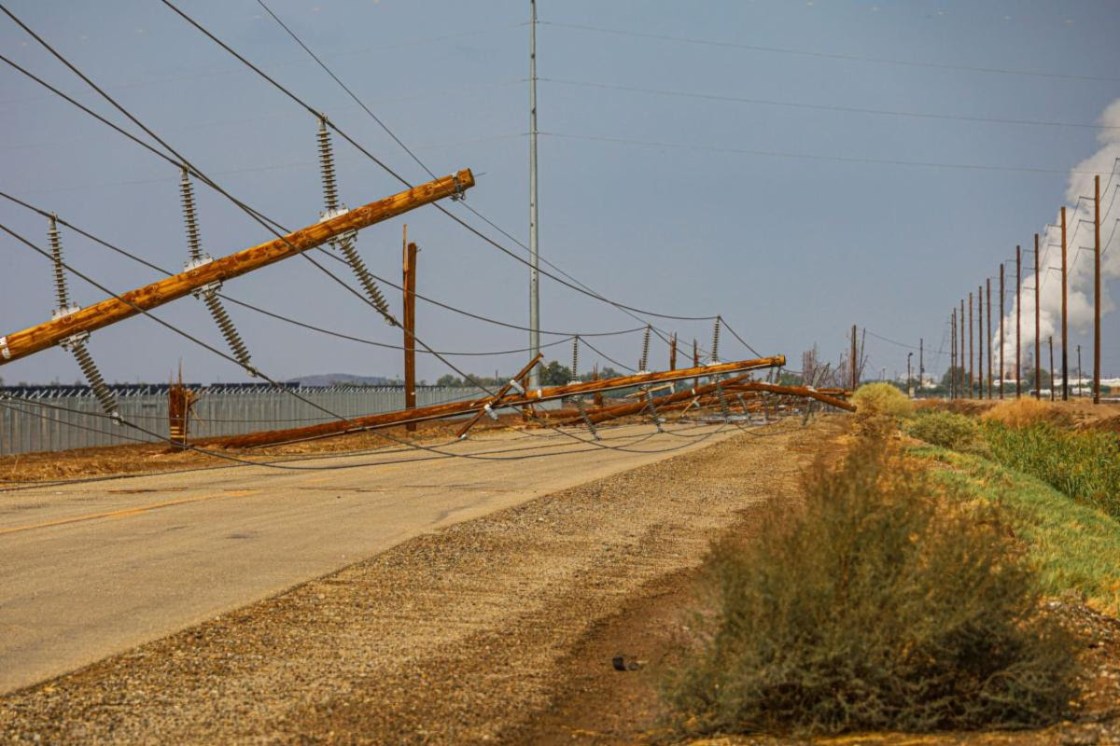 Utility crews continued working Friday to restore power to more than 400 Imperial Irrigation District customers in the North Shore area, near the Salton Sea, who have been without power since a Monday night storm.

The storm, described by an IID board member as “an act of God,” destroyed more than 30 electrical poles, causing about 1,400 customers to initially lose power at 7:30 p.m. Monday, according to IID.

The utility restored power to 105 customers at 9:30 p.m. Wednesday, and to another 143 customers two hours later. As of Thursday, 412 customers remained in the dark.

According to an IID representative, weather conditions made the continued restoration effort difficult.

“So, that’s where it’s very nice that Imperial Irrigation is providing those, and we’re trying to make sure that anybody who has a need for something like a hotel is connected with that resource,” Reichardt told the paper.

The IID held a special board meeting Tuesday and declared the outage a local emergency, meaning the utility can be reimbursed for expenses made in the effort to restore power from the state once approved by Riverside County.

According to IID, the poles in North Shore knocked down by the storm were initially installed 27 years ago. They will be replaced by what a board member described as “a higher class” of pole.

IID reported 80 personnel were deployed to the restoration effort under “extreme weather conditions,” and the utility was making ice and bottled water available for North Shore customers affected by the outage.

The supplies were being provided at the IID command center, located near the intersection of Club View Drive and Vander Veer Road.

The Yacht Club at 99-155 Sea View Drive in Mecca has been designated as a cooling center from 8 a.m. to 8 p.m. until power is restored. The Yacht Club was also the location of a food distribution event Wednesday morning.

Amid the North Shore outage, Imperial County also got hit by a weather storm on Tuesday, Aug.31, that damaged more than 100 poles across the area of Calipatria and Niland.

IID held another special meeting Thursday to address the Imperial County storm, during which they declared the event a local emergency, meaning they are contending with two emergencies at once.

“With back to back storms, IID is doing everything it can to get the power back on as quickly and as safely as possible,” said Marilyn Del Bosque Gilbert, IID energy manager. “With extensive damage affecting both the Coachella and Imperial Valleys, coordination is key. We’re working closely with both Riverside County and Imperial County to address specific needs for each area and we thank them for their support. We also appreciate our customers’ patience as crews work around the clock to turn the lights back on for everyone.”

The IID serves electricity to more than 150,000 customers in parts of Riverside and San Diego counties, and all of Imperial County.