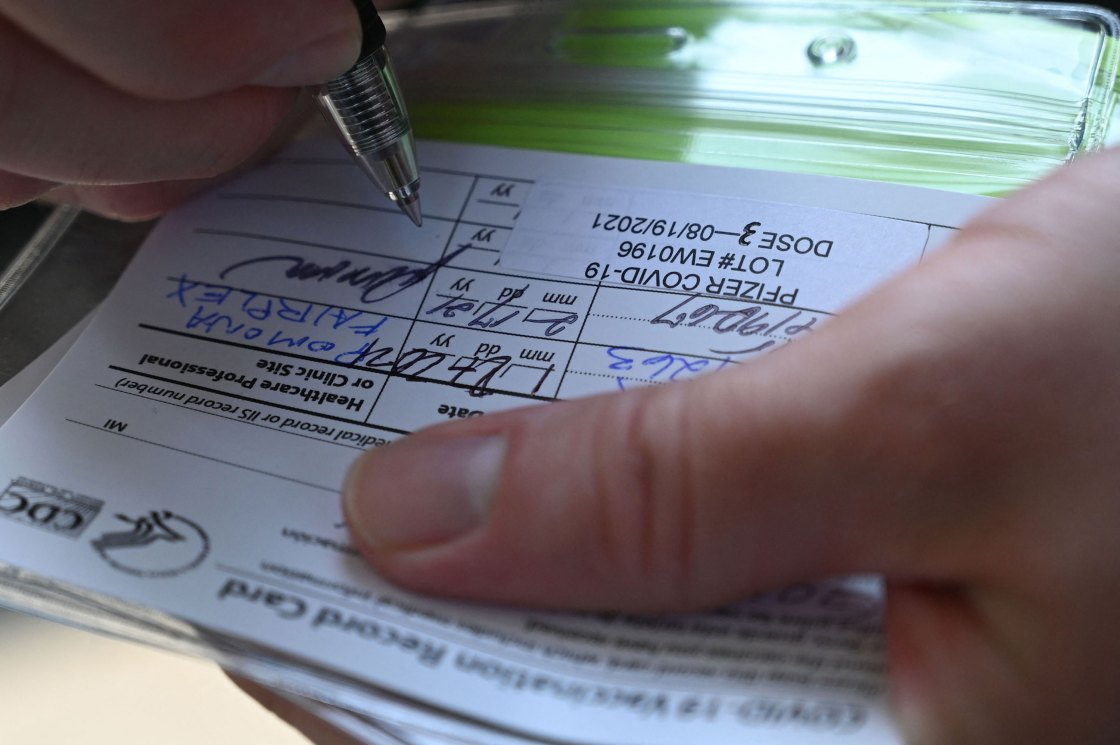 (CNN) — With the latest Covid-19 surge upending American life yet again, an official rollout of booster doses could begin within weeks, pending FDA authorization. And it’s likely that three doses of the vaccine are needed for full protection, Dr. Anthony Fauci said.

He cited two Israeli-based studies that showed a decrease in infections among people who got a third or booster shot.

There was good reason to believe that a third dose “will actually be durable, and if it is durable, then you’re going to have very likely a three-dose regimen being the routine regimen,” Fauci, the director of the National Institute of Allergy and Infectious Diseases, said at a briefing Thursday.

It’s ultimately up to the US Food and Drug Administration to decide whether Americans should get three doses of the Covid-19 vaccine, Fauci said. The agency is considering the question later this month after Moderna and Pfizer both applied for FDA authorization for a third dose either six months or eight months after getting the second dose.

The recommendation for the booster doses will likely lead to availability for a broad portion of the population, and doses could begin rolling out as early as the week of September 20, US Surgeon General Dr. Vivek Murthy said Thursday.

Additional doses were granted emergency use authorization by the FDA this month for those who are immunocompromised.

Even though the doses are not yet available to the public, local health departments nationwide have seen a recent surge in calls from people wanting to make appointments, according to the National Association of County and City Health Departments.

While the Pfizer/BioNTech Covid-19 vaccine booster plan remains on track for the week of September 20, according to a source familiar with the discussion, it may take a few weeks longer to move forward with Moderna’s boosters.

There have been internal conversations within the Biden administration about scaling back the ambitious booster plan laid out by top federal health officials last month as the calendar nears September 20, when officials initially said boosters could be available for people who had either mRNA Covid-19 vaccine.

A person familiar with the matter told CNN there was a meeting between top federal health officials and White House staff on Thursday in which officials warned that more time may be needed before enough data is available to recommend boosters for all adults. Federal health officials relayed that Moderna’s submission was “found inadequate and needs strengthened data” from the company, a source said.

The company announced on Twitter Friday that it has completed submission of its data on booster doses to the FDA. The agency is already evaluating data submitted by Pfizer/BioNTech for approval of a booster dose.

Nearly 53% of US population fully vaccinated

For now, the emphasis remains on increasing vaccination rates among the US population to help overcome the pandemic.

Roughly 62.2% of the US population has received at least one Covid-19 vaccine dose and about 52.9% is fully vaccinated, CDC data shows.

Of the 10 states with the worst Covid-19 case rates over the past week, seven of them also had among the 10 best vaccination rates, according to data from the US Centers for Disease Control and Prevention.

And in states with lower vaccination rates, more children went to the hospital and emergency room, according to a new CDC study.

The risk of Covid-19 spread at schools and campuses remains critical, and recent research demonstrates how unmasked behavior among the unvaccinated can lead to outbreaks.

A study published Thursday described a Covid-19 outbreak among more than 150 students at a Chicago university after many unvaccinated students traveled during spring break, despite university policies that advised against it.

To prevent similar outbreaks, some universities have instituted mandates to attend classes in-person.

Virginia Tech disenrolled 134 students for failing to comply with the university’s requirement that students be fully vaccinated against Covid-19, and “did not submit vaccination documentation or receive a medical or religious exemption,” according to a statement on Monday.

The University of Virginia has also disenrolled more than 200 students for failing to comply with their vaccine mandate, according to a statement last month.

Vaccinations in teens and adults can not only stave off infections at schools but can also protect children under 12 who are ineligible for the vaccine.

Along with vaccinations, mask-wearing is also beneficial to curbing Covid-19 spread, evidence shows.

The state of New York will require weekly Covid-19 testing for teachers and other school employees, with an opt-out for those who are vaccinated, and will continue its mask mandate for everybody in a school building, Gov. Kathy Hochul announced Thursday.

In Florida, districts will be able to institute mask mandates following a judge signing a written order Thursday that ruled against Gov. Ron DeSantis’ ban on such mandates in schools. DeSantis said he will appeal.

New Mu variant is under observation

A new coronavirus variant designated as Mu by the World Health Organization is being monitored as a “variant of interest,” but federal health officials say they don’t consider it immediately dangerous.

On Tuesday, WHO designated the B.1.621 variant as a “variant of interest” because it carries mutations that could help it partially evade vaccines and treatments such as monoclonal antibodies. WHO named it Mu under its system to designate important variants using the Greek alphabet.

“This variant has a constellation of mutations that suggests that it would evade certain antibodies,” Fauci said Thursday of Mu. “Not only monoclonal antibodies, but vaccine and convalescent serum-induced antibodies. But there isn’t a lot of clinical data to suggest that — it is mostly laboratory, in vitro, data.

“Not to downplay it — we take it very seriously. But remember, even when you have variants that do diminish somewhat the efficacy of vaccines, the vaccines still are quite effective against variants of that type. Bottom line, we’re paying attention to it. We take everything like that seriously. But we don’t consider it an immediate threat right now,” he said.

The Delta variant still accounts for more than 99% of Covid-19 cases diagnosed and sequenced in the US, Walensky said Thursday, while Mu is rare.

“We are watching it carefully,” she said.