Biden is not living up to his promises 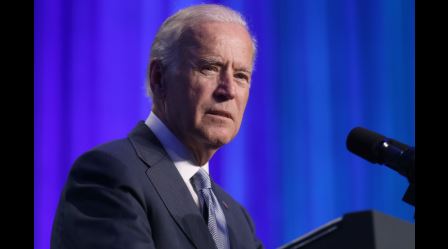 Editor’s note: Scott Jennings, a CNN contributor and Republican campaign adviser, is a former special assistant to President George W. Bush and a former campaign adviser to Sen. Mitch McConnell. He is a partner at RunSwitch Public Relations in Louisville, Kentucky. Follow him on Twitter @ScottJenningsKY. The opinions expressed in this commentary are his own. View more opinion on CNN.

(CNN) — Joe Biden’s presidential campaign was built on two pillars — “I’m going to shut down the virus” and I am not Donald Trump. He is failing on both promises, as Covid rages and Biden’s behavior more and more mirrors his predecessor’s.

Biden’s message to the country on Thursday, in which he outlined his new six-point strategy to handle the Covid-19 pandemic, was (another) tirade from a president who promised to unify the country in his inaugural address, but has devolved into an angry, lecturing partisan as his administration drowns in criticism from the public over Afghanistan, the economy, and a surge in coronavirus cases nationwide.

When you are the president, you have two primary ways to move people to your point of view: inspiration or coercion. It was said that Biden would employ the former, but he has resorted to the latter via a series of executive mandates and scolding speeches as he seeks higher vaccination rates. Gone is the soaring rhetoric of Biden’s campaign, replaced with the kind of bile and disdain many Americans hated about “the former guy,” as Biden would say.

It is doubtful this will work. In fact, it may backfire as many unvaccinated Americans recoil against being told what to do when it comes to their own health care, if you believe recent polling. Heck, the same day Biden was rolling out his plan directing the Labor Department to require all employers with more than 100 workers to require either the vaccine or regular testing, Vice President Kamala Harris was making videos supporting abortion rights using the my body, my choice arguments common on the left.

Which is it, guys?

Perhaps one of the Biden administration’s biggest failures handling the pandemic has been these kinds of mixed messages. Harris early on was one of the worst offenders, stating in a debate that she would take the vaccine when health officials said it was ready, but not if President Donald Trump said so. I suspect this is a similar feeling some of the unvaccinated have at being told to take a vaccine by President Joe Biden. Health experts overwhelmingly agree the vaccine should be taken, but the reflexive partisan instinct to reject advice from politicians you hate isn’t confined to one party, even as Democrats have memory-holed their own part in causing vaccine hesitancy.

After taking office, the mixed messages from Biden and Harris continued. In April, the US Centers for Disease Control and Prevention and the Food and Drug Administration abruptly paused use of the Johnson & Johnson one-dose Covid-19 vaccine after extremely rare reports of blood clots. White House officials didn’t immediately brief the President and the news seemed to have caught the administration off guard. The handling of the situation soon turned messy and officials worried it could erode the public’s trust in the vaccine. (The pause was ultimately lifted, but the damage was already done.)

In August, CNN reported, “Top health officials in the Biden administration have added to the confusion with a series of contradictory messages on everything from masks to mandates.” And more recently, on booster shots, the Financial Times reported that “Biden’s Covid booster shot plan” was “mired in confusion amid regulatory hold-ups.” Two weeks ago, two senior leaders in the FDA’s vaccine review office announced they’re stepping down this fall, further depleting an agency with an eroded morale due to the workload and that still doesn’t have a permanent head eight months into Biden’s term.

And during his speech Thursday, Biden said his new plan was necessary to “protect vaccinated workers from unvaccinated co-workers.” If you believe in the efficacy of the vaccines, why do the vaccinated need protection? Yes, there have been some breakthrough infections, but they are extremely rare and mild. If you were already skeptical of whether you needed a vaccine, there’s a strong chance you would interpret Biden’s words and actions as a total lack of confidence that these shots work.

Time and again, when given a chance to inspire and unify, Biden and his team have confused and hectored the very unvaccinated Americans he needs to reach the most. It was just in July that his CDC director, Rochelle Walensky, and White House press secretary Jen Psaki said that there would be no national vaccination mandates. Now we have mandates and an angry president who has given up on his supposed legendary empathy in favor of the kind of dictatorial style that Democrats once hammered Trump for.

As a political matter, Biden may find some running room on his mandate plan. Polling conducted by the Associated Press in late August found majority support for mandates, driven largely by people who have already gotten their shots. And a new CNN poll shows Americans have grown more supportive of mandates.

His statement that “patience is wearing thin” with the unvaccinated will find resonance with a great many people, including Republicans like me who made the easy personal decision to get vaccinated after reviewing the data and situation.

This isn’t a question of smart politics; rather, it is whether Biden’s move will convince the unvaccinated crowd to get their shots. And there’s nothing in his plan or attitude, even if it works for him politically, that rallies skeptical Americans to view that the vaccine works. Polling from the Washington Post, in fact, indicated that 7 in 10 unvaccinated workers who were not self-employed would likely quit their jobs if mandated to get a vaccine at work and no exemptions were offered.

Ultimately, the American people will render a midterm report card on Biden’s Covid leadership when they vote in the November 2022 election. If they hold the President to his own words, it won’t be pretty: “220,000 Americans dead… Anyone who is responsible for that many deaths shouldn’t remain as President of the United States of America,” Biden said on October 22, 2020, to lead off a debate against Donald Trump.

As of September, over 210,000 Americans have died of Covid-19 since Biden took office, according to the CDC’s tracking data. We’ve reached the threshold of presidential failure, according to Biden himself. The question now is: Can the president turn it around, or has he just settled on a political course rather than one that has a fighting chance of unifying the American people?

Editor’s note: Scott Jennings, a CNN contributor and Republican campaign adviser, is a former special assistant to President George W. Bush and a former campaign adviser to Sen. Mitch McConnell. He is a partner at RunSwitch Public Relations in Louisville, Kentucky. Follow him on Twitter @ScottJenningsKY. The opinions expressed in this commentary are his own. View more opinion on CNN.