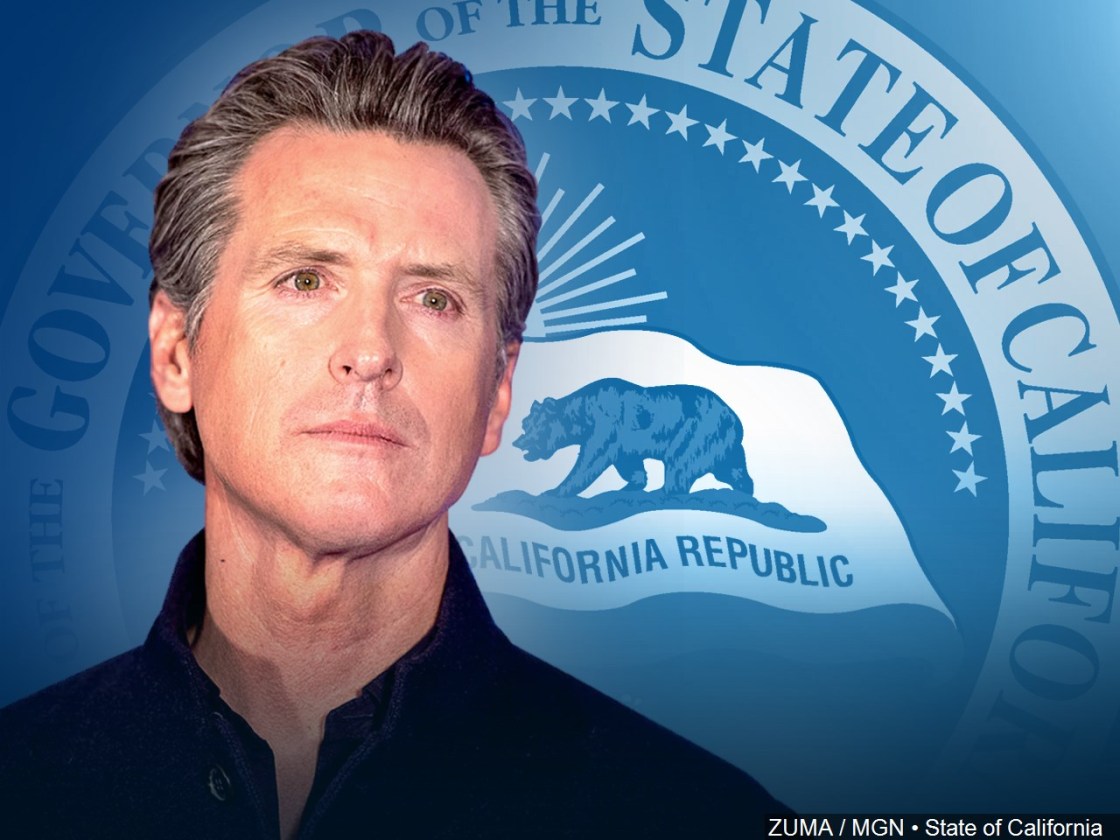 (CNN) — California Gov. Gavin Newsom’s top aides were so confident the night before the Democratic governor defeated the effort to remove him, they began giving advice to the national Democratic Party.

Democrats, depending on the race, should link their opponents to former President Donald Trump like Newsom did in the waning weeks of the campaign, said top Newsom operative Sean Clegg. And Democrats should run on, not away from, stringent coronavirus orders, said campaign manager Juan Rodriguez, the same way Newsom did in a bid to cast Larry Elder, the leading Republican candidate in the recall, as anti-science.

The lessons Democrats across the country are taking away from the recall election, however, are far less definitive. With its 2-1 registration advantage for Democrats, California looks little like the terrain where most key races will be fought in 2022. And as a recall in an odd-year, the electoral conditions around the recall are not easily applicable to more traditional elections.

But the overwhelming margin of the “no” vote on Tuesday night — nearly 64% as of Wednesday rejecting Newsom’s ouster — and the fact that the “no” vote performed well in areas that will be home to competitive House races in 2022 has caused some Democrats outside the Golden State to take notice as the party looks to hold onto control of Washington in next year’s midterms and Democratic governors look to defend their handling of the pandemic.

The most salient lessons, said Democrats who are tasked with running campaigns in 2021 and 2022, focus on Newsom’s ability to turn strict coronavirus rules into a political asset, not a political liability, after he tagged Elder as out of step with Californians’ approval of mask mandates and vaccine requirements.

Newsom himself appeared vindicated on Tuesday night. Speaking to a bank of microphones and reporters, the man who had a recall called on him, in part, because of his strict coronavirus policies, ran on those policies. Californians, Newsom noted, voted “yes to science, yes to vaccines… yes to ending this pandemic.”

Democrats across the country heard that message — but with a dose of skepticism that noted California as a unique case.

“It’s very hard to see any real inferences that could be made from the California results,” said a top Democrat in Virginia, where Terry McAuliffe is running for a second term as governor this fall, “hold for some of the broader messaging points as it pertains to Covid response and the Republican brand.”

Even in such a blue state, avoiding removal was far from a glide path for Newsom. Over the summer, as the recall campaign kicked into higher gear, Democratic voters were apathetic toward the race, which was happening in the midst of California’s raging wildfires and historic drought. Polls showed Democrats wanting to keep Newsom in office, but Republicans reported being far more motivated to vote in the recall.

That began to change because of two factors — the rise of the Delta variant and the emergence of an opponent who served as the perfect foil for Newsom’s entire approach to the pandemic.

Newsom had been the first governor in the nation to enforce a statewide shutdown to slow the spread of Covid-19 in March 2020. With the Delta variant and the surge of cases it caused this summer, especially affecting children, he issued new orders — like vaccine requirements for state and health care workers.

Newsom painted a contrast with Elder, who proudly told voters he would repeal a slew of the governor’s moves to stop the spread.

“We continue to lean in, we continue to maintain a public health focus,” Newsom told an audience in Oakland in the final weekend of the campaign. “We are not going off that same Covid cliff as Texas…that same cliff as Florida,” he said, referring to two states where Republican governors have fought mask mandates.

The surge put Newsom on the attack in a recall campaign that was, in part, spurred by vocal opposition to some of the orders he implemented to respond to the initial waves of the pandemic.

“Isn’t it ironic the reason why we are here is because so many people were upset with his bold leadership early in the Covid-19 pandemic and now it is people realizing the wisdom of masks and social distancing and vaccinations that people are responding to in terms of opposing the recall,” California Sen. Alex Padilla rhetorically asked in an interview with CNN on Monday on the eve of the election. The Democrat, whom Newsom appointed to fill Vice President Kamala Harris’ seat in the Senate, is facing election in 2022.

This messaging, along with millions spent by outside groups, started to show up in the polls as the summer stretched on, with the “no” side enjoying a significant lead in several polls in late August. Just 38% of likely California voters said they’d vote to remove Newsom, while 58% said they’d oppose that effort, in the Public Policy Institute of California’s most recent survey before the election.

The Democratic Governors Association poured over $7 million into the race, focused on protecting the Democratic leader of the nation’s largest Democratic state.

David Turner, the group’s top spokesman, said that while each race is different, the top lesson from California is simply that “having good pandemic policy is also good politics in the middle of a pandemic.”

The pandemic was at the top of voters’ minds, according to a California exit poll conducted for CNN and other news networks by Edison Research, with about one-third saying it was the biggest issue for the state. And there was broad support for Covid mitigation measures, with roughly 70% of voters favoring mask requirements in schools and more than 6 in 10 saying that getting vaccinated is more of a public health responsibility than it is a personal choice.

“The voters,” Turner said, “are looking for someone who is serious about taking this thing head on.”

The question is how much that extends outside of blue states like California.

A CNN poll released on Monday found that Americans have grown more supportive of vaccine mandates for workers, students and in everyday public life, with more than half of Americans saying they support requiring vaccinations for office workers returning to the workplace (54%), students attending in-person classes (55%) and patrons attending sporting events or concerts (55%).

The Trump of it all

The rise of Elder, who announced his campaign in mid-July, allowed Newsom to tell anyone who would listen that the Republican was California’s iteration of Trump. Newsom also argued that Elder’s consistent success, as one of the most Trump-aligned candidates in the race to replace him, proved Trump’s staying power within the party.

“Until this become a head-to-head race, Newsom was obviously in trouble,” said Rob Stutzman, a Republican operative who worked for former California Gov. Arnold Schwarzenegger, the last Republican candidate to successfully recall a Democratic governor in California. “What has saved him is a standard issue, MAGA Republican, riding to the rescue. … (Newsom’s strategy) does work, but Republicans have to oblige by putting forward candidates that fit the caricature.”

The invocation of Trump helped Newsom — and a string of top surrogates, including President Joe Biden — nationalize the race, too, turning the recall into more of a referendum on Republicans writ large and less about the governor’s handling of thorny issues like homelessness, drought and crime in the state.

In the final weeks of the campaign, Newsom said “Trump” at nearly every event, not only linking Elder with the former President, who lost California by nearly 30 points in 2020, but arguing that Elder was even more extreme.

“He is to the right of Donald Trump,” Newsom told union workers earlier this month. “How is that even possible?”

Newsom’s strategy put down a clear marker in the post-Trump era, as Democrats struggle to determine how to campaign without Trump atop the ballot. As much as the former President motivated the Republican base to flood to the polls, he motivated Democrats to do the same — a factor that top party officials have worried would disappear without him in the White House. Some Democratic operatives, especially those tasked with winning House races in lean Republican districts, have cautioned candidates from waking up the Trump base by focusing too much on the former President, urging candidates to focus more on pocketbook issues like health care and the economy.

Newsom’s campaign, running in a state that roundly rejected Trump less than a year ago, argued that would have been a missed opportunity.

“Our theory of the case was that we needed to name the villains and define the stakes,” said Clegg.

And the election results and exit polls suggest that strategy may have worked. White college educated men and women, two groups that fled from Trump in 2020, overwhelmingly rejected the recall, with CNN’s exit polls showing 68% of White college-educated voters voted no, while 32% voted yes. That’s an increase for Newsom in the last three years — where he won just 59% of White college voters in 2018.

As with messaging on Covid, though, questions remain about whether these lesson travel beyond the sunny confines of California.

“There is a risk reading into any single result,” said Turner of the Democratic Governors Association. “But I would say the risk is that Democrats don’t take a look at the lessons from this recall in the right way. Focusing on the stark choice on Covid, in particular, was a significant messaging development that was very effective. And I think the Democrats need to make sure they are talking about how we get out of the pandemic in the right way.”

As for Trump, Turner added: “This is not the post Trump era. This is the Trump pause era. … And Republicans have to prove that they are different from Trump whether it comes to policy and personality and most Republicans don’t want to or aren’t willing to do that.”

The most sweeping lesson out of California may not be rhetorical at all.

During the 2020 election, Democratic candidates, including the Biden campaign, vacillated about whether they should send volunteers to knock on doors in the middle of a deadly pandemic.

Newsom’s campaign against the recall unequivocally did knock on doors this year, working with a host of union and political organizations to dispatch thousands of canvassers to spur turnout across the state.

For Newsom, this was the greatest lesson that could be taken away from the race — especially when it came to reaching out to diverse communities.

The governor told CNN days before the election that Democrats sometimes “dial it in” with diverse communities and “kind of take our competitive advantage in some of these blue states for granted.”

“We need to reach out to people in language. We’ve got to get into the neighborhoods. We got to knock on doors. We can’t take anything for granted,” Newsom said in Sun Valley.

As of Tuesday evening, the head of Newsom’s ground game operation told CNN they had conversations with roughly 1.5 million voters over the seven-week campaign, averaging about 600,000 attempted voter contacts per day, including thousands of people walking door to door.

For Democrats in California, that outreach to voters — from door knocking to text messaging to phone banking — was important as the state heads into a midterm election where a handful of congressional races could be hotly contested.

“The only thing Republicans’ partisan, failed recall campaign accomplished was giving California Democrats an opportunity to clean up the voter rolls,” said a Democrat working on House races. “And add even more voters to our contact lists to turn out in the midterms.”