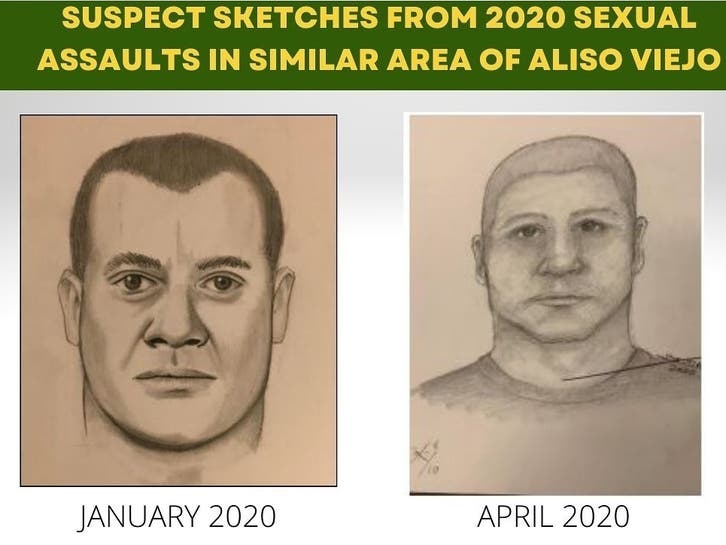 (CNS) – A 51-year-old Cathedral City resident was in custody Monday in connection with a trio of attacks on women in the Orange County city of Aliso Viejo dating back to January 2020.

Robert Daniel Yucas, an Army veteran and cargo pilot, is suspected of sexually assaulting a woman last month near Pacific Park Drive and Alicia Parkway, and two other women in January and April of last year in roughly the same area.

A break in the case came when investigators received an anonymous tip through Orange County Crime Stoppers about a person — Yucas — who was arrested in an unspecified case in San Diego on Sept. 4, Barnes said. A DNA sample was taken from Yucas and it matched the DNA evidence in the Orange County attacks, according to the sheriff.

Yucas, who was a pilot in the military, works for Kalitta Air and was returning from a trip abroad when he was arrested Thursday at the airport in Anchorage, Alaska, Barnes said.

“This is a very significant case that had unfolded rapidly over the last several days,” Barnes told reporters at a news conference.

Yucas had the same method of operation in each attack — grabbing a woman on the hiking trail and choking the victim into unconsciousness before sexually assaulting them, Barnes alleged.

According to Barnes, Yucas lived in Aliso Viejo from 2017 through 2019. The sheriff and Orange County District Attorney Todd Spitzer said they suspect there are more victims and asked anyone with information to call a tip line at 714-647-7419. Anonymous tips are also still welcome through Orange County Crime Stoppers at 855-TIP-OCCS.

“Sexual predators do not stop on their own,” Spitzer said. “They only stop because law enforcement … stops them.”

Yucas is in custody in Anchorage, awaiting an extradition hearing, authorities said.

Yucas could face up to 45 years to life in prison if convicted of all crimes at trial, but because of a new state law granting parole sooner for defendants older than 50, Yucas could qualify for a parole hearing in 19 years post-conviction, Spitzer said.

Spitzer vowed that his office would continue sending prosecutors to all parole hearings.

In the most recent attack Aug. 28, a 41-year-old woman told detectives she was walking about 11 p.m. in the area in Woodfield Park — which features a greenbelt to the north, a shopping center on the southwest corner and a condominium complex on the southeast — when a man grabbed her from behind and dragged her into some bushes, where she says she lost consciousness. When she awoke, her pants were pulled down and her assailant had disappeared, according to prosecutors.

On Jan. 20, 2020, a 24-year-old woman was skateboarding at Woodfield Park in Aliso Viejo when an assailant allegedly asked her for directions, and as she pulled out her phone, he grabbed her in a chokehold and dragged her into the bushes next to the walking path, where she was choked into unconsciousness and raped, prosecutors alleged.

On April 2, 2020, a 41-year-old woman was jogging in Woodfield Park when a man grabbed her from behind and dragged her into the bushes in a chokehold, but she fought him off, prosecutors said.

“These attacks are the things nightmares are made of,” Spitzer said. “They were just indiscriminately snatched from the trail.”