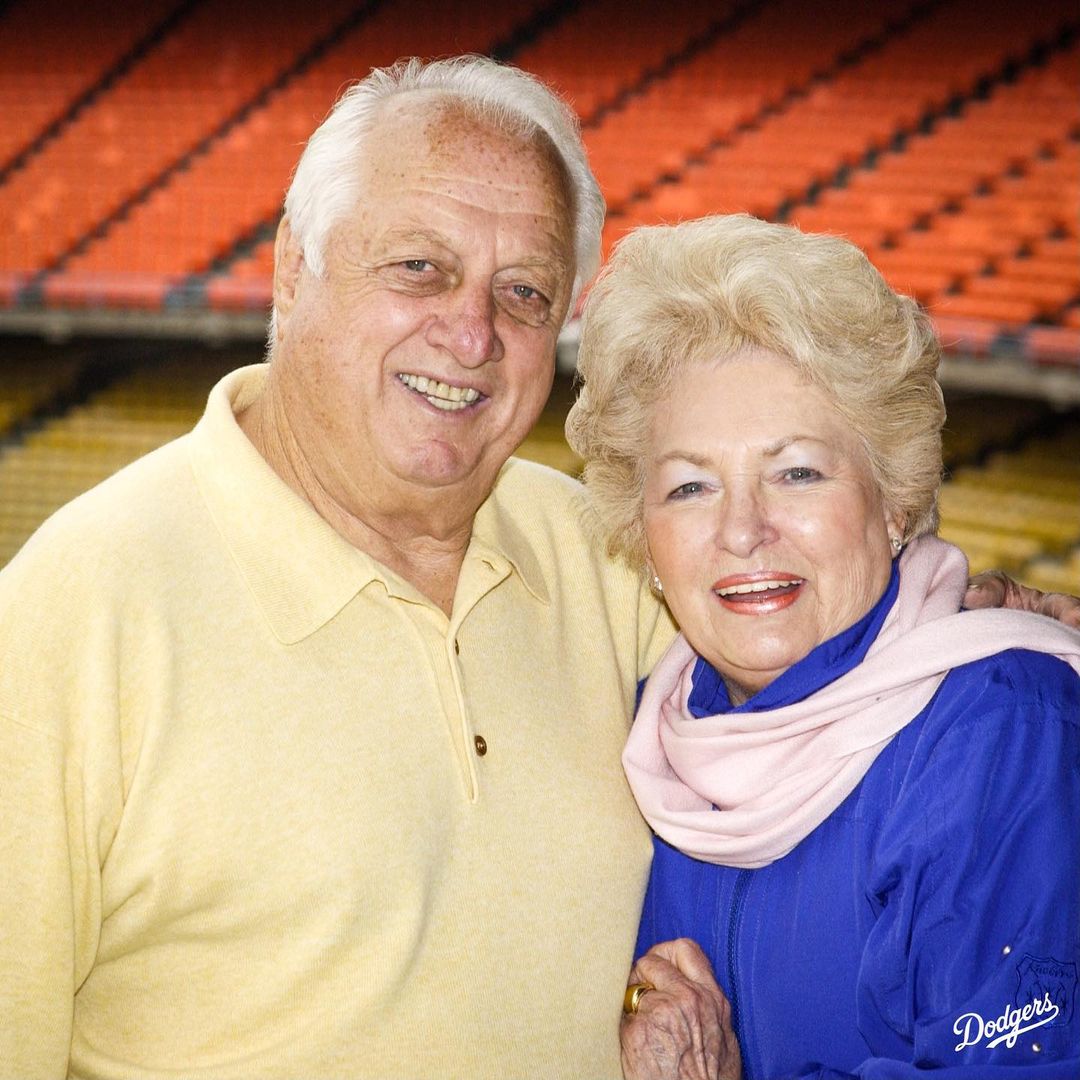 “The Los Angeles Dodgers family were saddened to learn of the passing of Jo Lasorda,” the Dodgers said in a statement Tuesday. “She was surrounded by her loved ones at her home.”

The Los Angeles Dodgers family were saddened to learn of the passing of Jo Lasorda, widow of Dodgers’ Hall of Famer Tommy Lasorda. Jo, 91, passed away Monday evening at 8:59 p.m. at her Fullerton home. We send our deepest condolences to the Lasorda family at this time.

No cause of death was given.

Jo and Tommy Lasorda were residents of Fullerton for 68 years, and the city had already been planning to honor Tommy on Wednesday — which would have been his 94th birthday — with “Tommy Lasorda Day.” 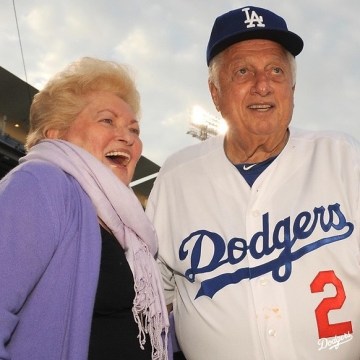 City spokeswoman Anissa Livas told City News Service on Tuesday morning that the city had just learned of Jo’s death and would likely be amending plans for Wednesday’s festivities to honor Jo’s memory.

“I expect some sort of change, but nothing is solidified yet,” Livas said. “We will be honoring her in some form. We’ll be going over the schedule (of Wednesday events) to make sure we can do something for her tomorrow.

“We’re very saddened by the news.”

Tommy Lasorda managed the Dodgers for 20 years, from 1976 to 1996, leading the team to two World Series championships. He was inducted into the Baseball Hall of Fame as a manager in 1997.

Jo Lasorda was born Joan Miller in Greenville, South Carolina, on March 14, 1930, and met Tommy Lasorda at a Greenville Spinners minor league baseball game in 1949, when he was a left-handed pitcher for the then-Brooklyn Dodgers’ farm team. 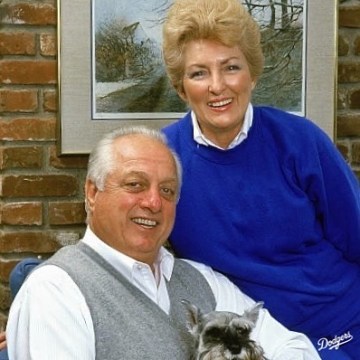 Jo Lasorda is survived by a daughter, Laura; a granddaughter, Emily Tess; and a sister, Gladys Reeves of Greenville, S.C. A son, Tom Lasorda Jr., died in 1991.