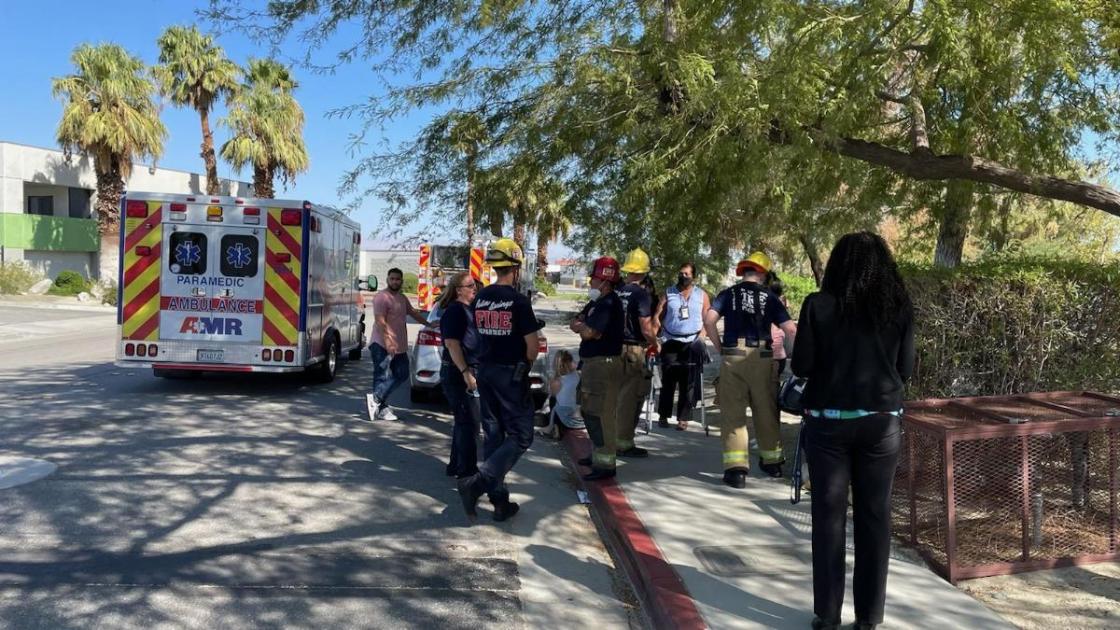 “We found multiple patients on the exterior of the building and multiple still inside so we tried to separate the ones that were fine from the ones that were experiencing issues and separating them,” said Gunkel.
Fifteen firefighters from Palm Springs Fire Department began treating the victims outside adjacent to the DMV parking lot while the building was cordoned off.  Gunkel said that once the victims were removed from the building, they immediately began feeling better.  “It seems like they started feeling better once we got them out of the atmosphere, once we got them outside in the fresh air.  They are all doing well.  We have had ten of them so far sign against going to the hospital so that is a good sign.”
DMV employees told NBC Palm Springs that DMV supervisors told them not to talk with reporters about what they witnessed, though two did say they were feeling much better.  Though two ambulances were dispatched, no one required treatment at the hospital.
Gunkel said that they will no try to determine the cause of the incident, whether it be a gas leak or toxic fumes from another source.
NBC Palm Springs has reached out to the DMV headquarters in Sacramento.  By email, Mr. Jaime Garza, Asst. Deputy Director Office of Public Affairs stated, “At approximately 2 p.m., team members smelled a foul odor inside the Palm Springs field office.  We followed protocol by evacuating all customers and employees to protect the health and safety of everyone.  The fire department responded and gave the all clear at about 3:30 p.m., at which time, services resumed.”