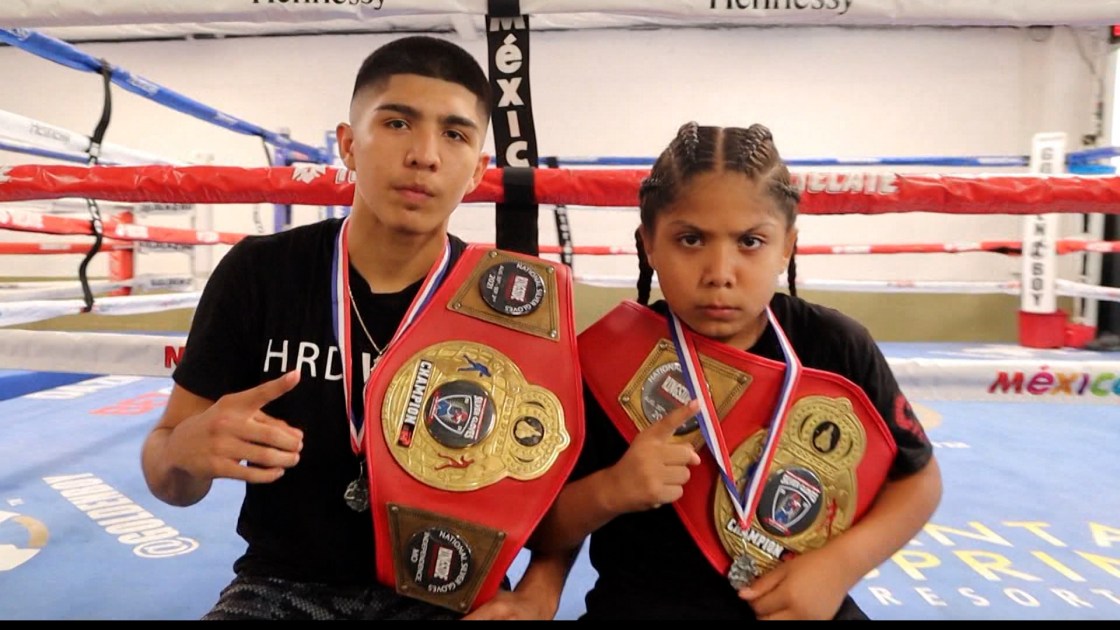 The Flores brothers from Coachella, California were named Champions at the Silver Gloves National Tournament in Kansas City, Missouri. Grant is 16 years old and won his 152 lb. weight division and his little brother, Gabino won his 119 lb. division at nine years old.

“I was excited, I just enjoyed the win,” said the nine-year-old champion.

These boys had to first win the state championship tournament in Compton, California then they had to get past the Regionals in Nevada before finally heading to the final in Kansas City, where they each became champions.

Grant says that none would be possible without the support from their parents.

“One thing my dad always tells me, you won a title mean something one day the next day doesn’t mean that you got to back to the drawing board and win another one.” 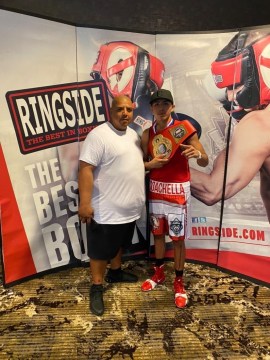 The Flores brothers train out of Joel Diaz’s gym in Indio, where Grant has been boxing since he was eight, and Gabino has been around the gym since he was a baby. They both followed suit of their older cousin, Manuel “El Meny” Flores who is currently an undefeated pro boxer (10-0-0) making his own waves in professional boxing.

The brothers say that they don’t like to compare their success, Grant says they instead prefer to share it and love to motivate one another in the ring. 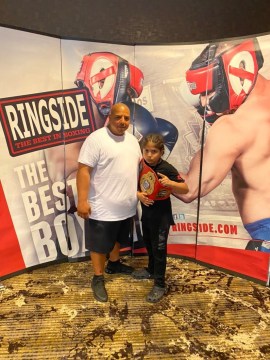 “We don’t like to compare ourselves, we both like helping each other to be the best fighters we can be. I’m always in his corner or he’s always in mine, he motivates me, I motivate him you know, it’s a very good bond that we have.”

Gabino loves to give his older brother pointers watching his fights in the ring.

“I motivate him a lot and tell him to throw the punches that are open.”