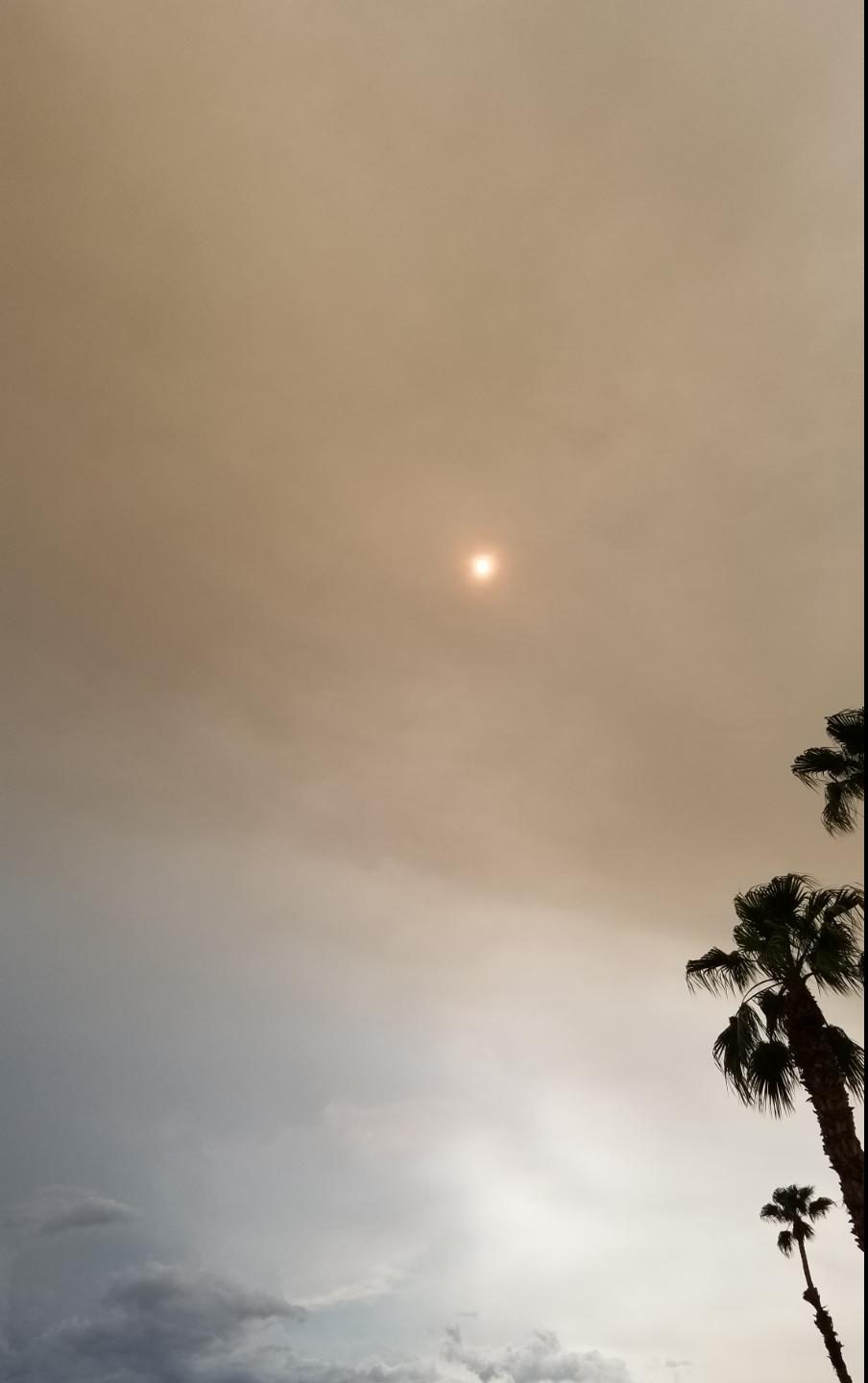 (CNS) – Layers of drift smoke from fires in Central and Northern California blanketed the Riverside metropolitan area Thursday, blocking the sun in what was tantamount to heavy cloud cover.

“Riverside is experiencing drift smoke due to the fires north of us,” the Riverside Fire Department said via social media. “We have no active fires at this time.”

The message was echoed by Cal Fire-San Bernardino County, which sent an alert stating, “There is smoke looking towards mountains in San Bernardino. We have no active fires. This is likely drift smoke from the Northern California fires.”

I just recorded this video clip of the brown skies over Palm Desert as smoke from wildfires is being pulled south over the Coachella Valley.

The South Coast Air Quality Management District did not immediately issue any advisories.

According to Cal Fire, there are three active wildfires in the Sierra Nevada Mountains, and farther north, there are at least a half-dozen wildland blazes.

According to Riverside Municipal Airport, prevailing winds were largely blowing out of the west as of 2:30 p.m.