March Air Show Canceled Again After Being Postponed to 2022 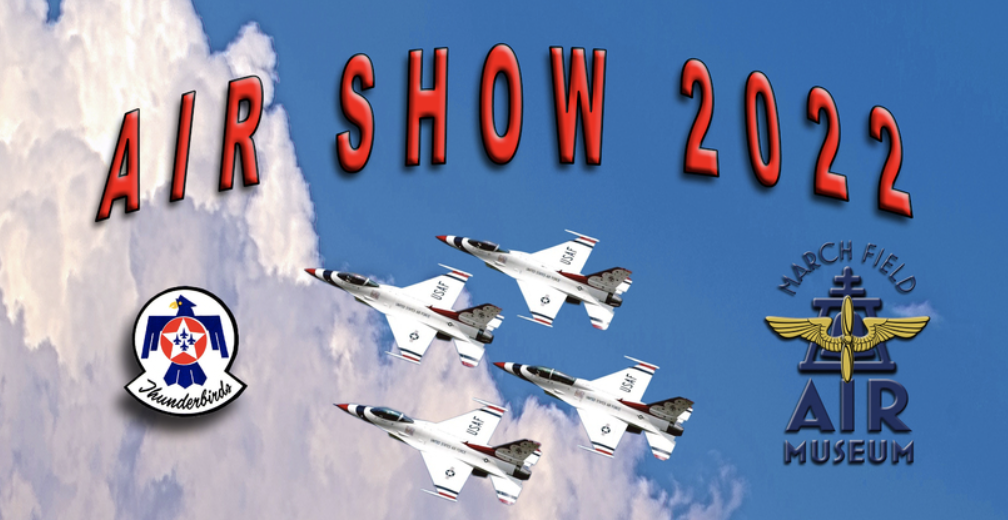 The celebrated March Air Reserve Base air show, which was set to return in 2022 following a four-year hiatus after being canceled last year due to coronavirus concerns, was once again called off, base officials announced Sunday. 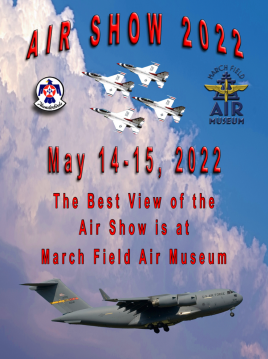 “We are sad to announce that the 2022 March Field Air & Space Expo has officially been cancelled,” a post on the event’s Facebook page said.

The event was scheduled for the weekend of May 14-15, with the Air Force Thunderbirds set to take part.

It was unclear why the show was scratched, and organizers of the event did not immediately respond to questions about the cancellation.

In March 2020, the air fest was canceled just three weeks prior to its biennial return. Base command staff made the decision amid a raft of local, state and federal public health emergency declarations due to the pandemic.

The 2018 event, which was intended to recognize the base’s 100-year birthday, turned somewhat anticlimactic after the Thunderbirds were dropped from the schedule because one of the F-16 pilots had been killed during practice maneuvers in Nevada.

In addition to the famed Air Force precision aerobatics team, numerous other displays are typically featured during the show, including a mock dogfight between an F-86 Sabre and MiG-15, high-performance maneuvers by multiple pilots in Pitts, Stearman and other propeller-driven airplanes, and takeoffs and landings involving the base’s staple aircraft — KC-135 tankers, C- 17 Globemasters and C-130 Hercules.

U.S. Army, Navy and Marine Corps aerial displays additionally make it onto the program and in the past have featured F/A-18 Hornets, F-22 Raptors, the Golden Knights parachute team and UH-60 Blackhawk helicopters.

The event generally draws more than 150,000 visitors over two days.