The NBA is back! Unfortunately, so are its Covid-19 skeptics. 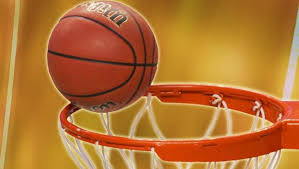 (CNN) — Tuesday marks the start of NBA training camp. Which, as a basketball lover, is great news for me!

Unfortunately, several elite NBA players used their return to camp to voice their (deeply uninformed) views on the Covid-19 vaccination and its efficacy.

* Washington Wizards star guard Bradley Beal offered up this analysis of the merits of the vaccine: “I would like an explanation to you know, people with vaccines, why are they still getting COVID? … Like, it’s funny that, ‘Oh, it reduces your chances of going to the hospital.’ It doesn’t eliminate anybody from getting COVID, right?” (Sidebar: This guy’s explanation is, literally, perfect.)

* Kyle Kuzma of the Los Angeles Lakers, in a now-deleted tweet, claimed that asking about his vaccination status was a violation of his HIPAA rights. (It wasn’t.)

* Golden State Warriors guard Andrew Wiggins said he is “going to just keep fighting for what I believe … what’s right to one person isn’t right to the other.”

* Brooklyn Nets star Kyrie Irving, when asked about his vaccination status, replied “I’m a human being first” before noting that “there’s just a lot of questions about what’s going on in the world of Kyrie, but I would like to keep that private.” (Well, at least Chris Cillizza approves of going third person, Kyrie.)

Now, it’s worth noting that, according to Shams Charania of The Athletic, 90% of NBA players are now fully vaccinated. And that plenty of players used their platform this week to urge vaccinations. Desmond Bane of the Memphis Grizzlies nailed it when he said that “whatever happens down the road, I would be fine knowing that I was one of those people that was at least trying to save the other people.”

The best response to anti-vaxxer players came from Orlando Magic center Robin Lopez, who suggested that he wasn’t sure that the Milwaukee Bucks, the team which his twin brother, Brook, plays on, had actually won the NBA championship last year because he hadn’t seen it in person. He then suggested he would “do his own research” to arrive at a conclusion. Brilliant.

While Lopez tried to make light of the situation, the fact that so many high-profile NBA players are spewing misinformation or publicly refusing to discuss their vaccination status has real-world implications.

Roughly 75% of all NBA players are Black. And Black Americans have consistently lagged behind White Americans in terms of getting vaccinations for Covid-19.

While the racial gap has closed somewhat in recent months, it still exists. Which is where, in theory, some of these hugely famous NBA players could have a real impact. An endorsement of the vaccine by, say Irving or Beal could actually convince some people who had been skeptical to get the jab.

Instead, these players are doing the exact opposite. They are using their massive platforms (and influence) to fuel misinformation and misunderstanding.

Los Angeles Lakers star LeBron James said Tuesday that he is now vaccinated against Covid-19, after he initially was very skeptical of the vaccine. James said he had decided to get the vaccine after doing research.

“Athletes and other celebrities have a public platform to help alleviate this crisis and to save lives,” wrote NBA legend Kareem Abdul-Jabbar in a powerful essay over the weekend. “To not take on that responsibility harms the sports and entertainment industries, the community, and the country. Those who claim they need to do ‘more research’ are simply announcing they have done no research, because the overwhelming consensus of immunologists and other medical experts is that the vaccine is effective and safe. And will prevent the unnecessary deaths of thousands. As I’ve said before, this position only perpetuates the stereotype of the dumb jock who’s only in sports for the money. It dehumanizes the victims as nothing more than political fodder.”

I can’t say it any better. Leaders lead. And what Beal, Irving, Kuzma, Wiggins and others are doing is the opposite of real leadership.