Justice Sonia Sotomayor: ‘There is going to be a lot of disappointment in the law, a huge amount’ 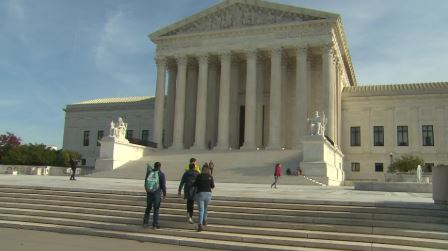 (CNN) — Days before the start of a tumultuous term, and after the Supreme Court justices divided bitterly over a Texas law that bars most abortions after six weeks, Justice Sonia Sotomayor warned an audience of law students about the frustration of having to write dissents.

“There is going to be a lot of disappointment in the law, a huge amount,” she said Wednesday at an event hosted by the American Bar Association. “Look at me, look at my dissents.”

Earlier this month, Sotomayor penned a scathing opinion when the court’s majority allowed the Texas law to go into effect, calling the action “stunning.”

“You know, I can’t change Texas’ law,” Sotomayor said Wednesday, “but you can and everyone else who may or may not like it can go out there and be lobbying forces in changing laws that you don’t like.”

The justice then caught herself speaking about a contentious case currently before the court.

“I am pointing out to that when I shouldn’t because they tell me I shouldn’t,” she said. “But my point is that there are going to be a lot of things you don’t like” and that the public can change.

On Monday when the new term starts, Sotomayor will likely enter a new season of dissent. The court is set to grapple with some of the biggest cases in Sotomayor’s tenure, including another abortion case that represents a full-frontal attack on Roe v. Wade, as well as a Second Amendment dispute that could lead to the invalidation of gun restrictions in the country.

No one expects the 67-year-old justice to be in the majority in those cases.

“She is crafting arguments for future advocates, she is creating these road maps for how to restore rights to disempowered people,” Columbia Law School’s Alexis Hoag said at a recent event sponsored by the liberal American Constitution Society. “I’m looking for lengthy dissents.”

Last April, Sotomayor acknowledged that she was writing for the future at times. “Maybe,” she said, “a later court will understand I was right.”

George Washington University Law Professor David Fontana — who once dubbed Sotomayor the “People’s Justice” — took to Twitter recently to highlight her role after the court’s majority allowed the Texas law to go into effect.

“Sotomayor has chosen a different path,” from Chief Justice John Roberts and others who are more moderate in their dissent, Fontana wrote. “Better to push and develop and alternative perspective by your vote rather than sacrifice the microphone.”

“The Court’s order is stunning,” Sotomayor wrote at the time. “Presented with an application to join a flagrantly unconstitutional law engineered to prohibit women from exercising their constitutional rights and evade judicial scrutiny, a majority of the Justices have opted to bury their heads in the sand.”

Sotomayor added: “The Court should not be so content to ignore its constitutional obligations to protect not only the rights of women, but also the sanctity of its precedents and of the rule of law,” she concluded.

Last term, Sotomayor dissented in more than half of the divided cases for the third time in eight years, according to statistics compiled by Scotusblog.

In one case , the court made it easier to sentence juveniles to life without parole. Sotomayor seized on the dispute, noting that the majority had gutted recently decided precedent.

She also wrote the main dissent when a 6-3 court invalidated a California rule that required charitable organizations to disclose the names of their contributors. She noted that the opinion could impact donor disclosures in the political sphere by allowing more anonymous, so called “dark money” into the system. The majority, she said, marks disclosure requirements with a “bull’s-eye.”

She was in dissent too when the court said that two provisions of an Arizona voting law that restricts how ballots can be cast did not violate the historic Voting Rights Act and she disagreed with the majority in cases that came to the court via its emergency docket.

In November, for example, the court denied a request from inmates in a geriatric prison to allow further protections from Covid.

“The dangers of COVID–19 to these especially vulnerable inmates were undisputed and, indeed, indisputable,” she wrote.

In January, she lashed out at the Trump administration’s push to execute 13 death row inmates after nearly a two-decade pause.

“To put that in historical context, the Federal Government will have executed more than three times as many people in the last six months than it had in the previous six decades,” she wrote.