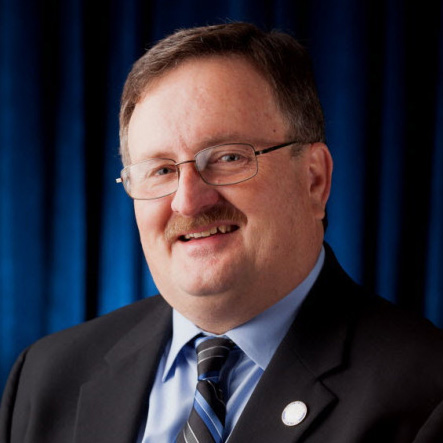 (CNS) – Riverside County Supervisor Kevin Jeffries Friday announced that after completing his current term, he will be retiring from politics entirely.

“When I ran for reelection last year for my third term, I told a number of people that this would be my last campaign, and that I intended to retire when my term expires at the end of 2024,” Jeffries said in a statement. “As we are now beginning to consider new supervisorial district maps in the redistricting process, I thought this was the appropriate time to announce publicly and officially that I will be retiring at the end of 2024.”

Jeffries, 60, of Lakeland Village was first elected to a four-year term on the Board of Supervisors in November 2012, after serving in the state Assembly, where he could not continue because of term limits.

The supervisor, the lone Republican on the board, reiterated what he said when he was first elected — that he had “no desire to spend the rest of my life in political office.”

“I was born and raised in Southern California and have lived in Riverside County since 1971, and it will always be a part of me, but my children and grandchildren are part of the growing numbers of Californians who have moved out of state for affordable housing, lower crime rates and a better quality of life elsewhere,” the supervisor said. “While I will likely always have a home here … my wife and I want to spend more time with our grandchildren while they are still young enough to want to spend time with us!”

Jeffries said that the redistricting process, which comes on the heels of the 2020 Census and will involve changing supervisorial district boundaries, has no bearing on his decision to leave office.

“My interest in the redistricting process is entirely in drawing fair districts that keep cities and communities of interest intact, without any regard to my own political future or anyone else’s,” he stated. “These maps may even exclude my own home from the future First District.”

He rejected the idea of being a “lame duck” politician, riding out his final two years without applying the same effort he has over the previous nine years.

“My staff and I will continue to work to serve the residents of my district, particularly the unincorporated communities I have fought for since I came to the Board of Supervisors,” he said. “My constituents should be reassured that while I may be announcing my future retirement now, I am by no means quitting, nor will I hold back with my ideas to help this county be more efficient and customer-friendly.”

Jeffries did not say where he and his wife intend to relocate. He is a longtime property owner in the area and spent many years as a volunteer firefighter.

The First District encompasses the southern half of the city of Riverside, extending south along the west side of the Interstate 215 corridor through Mead Valley and Meadowbrook, down to Lake Elsinore and Wildomar.

According to the decennial census, the district’s current population is 472,558, growing roughly 5% from 2010. Under the board’s balancing policy, the district needs an additional 11,000 residents to reach the target of 483,637 people represented in each district.