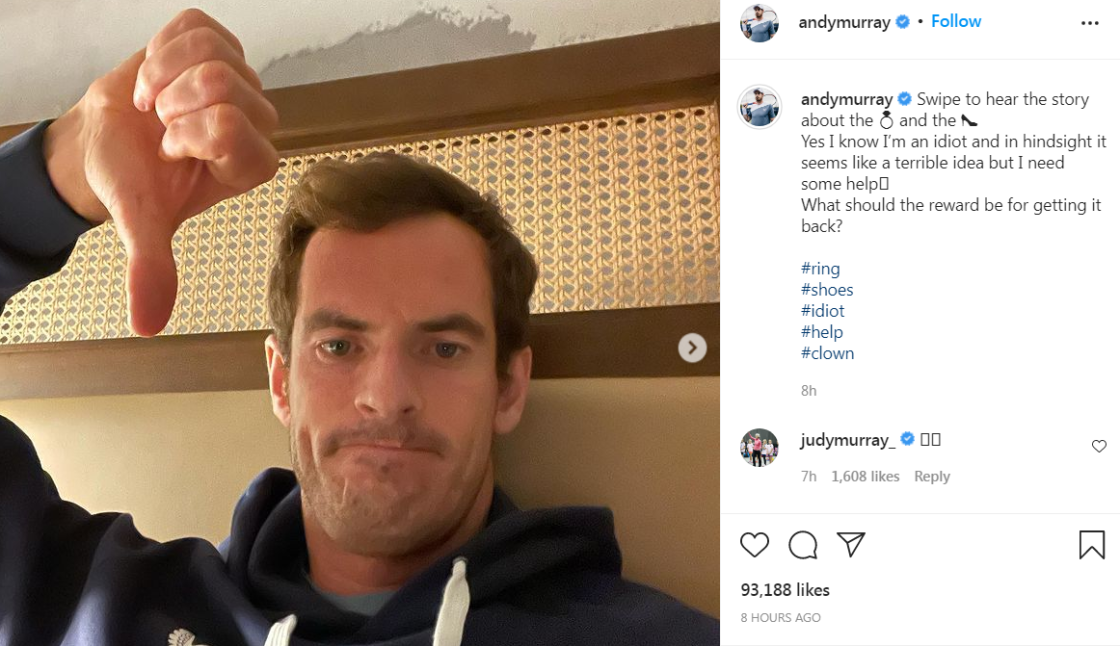 Tennis-pro Andy Murray says his tennis shoes and his wedding ring were stolen from a local hotel. He released a video on Instagram Thursday sharing with fans what happened.

Murray is in town for the BNP Paribas Open and will play a match against Adrian Mannarino on Friday.

Murray says in an Instagram video, after practice, he decided to leave his stinky trainers outside to air out. He left them under the car in the hotel parking lot. When he returned in the morning, his shoes were gone. It was only later that he remembered, his wedding ring was inside.

He doesn’t specify which hotel he’s staying at during the tournament, but he’s asking for help.

Murray said he had to head to a local pro shop to get new tennis shoes, but the wedding ring is a bit harder to replace. He admits his wife of six years, Kim Sears, is not too happy with him.

He wrote in a caption: “Yes I know I’m an idiot and in hindsight it seems like a terrible idea but I need some help.”