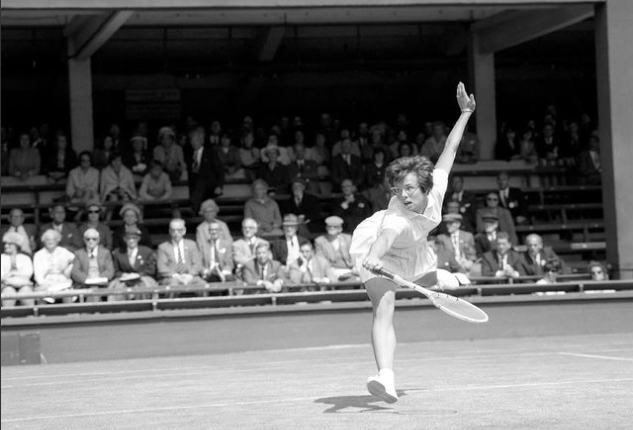 It all started with $1 and a dream. In 1970, nine women led by Billie Jean King risked their entire careers for the future of women’s professional tennis.

“The reason we signed the $1 contract was for three things,” says two-time International Tennis Hall of Famer, Billie Jean King, “that any girl born in this world, if she’s good enough would have a place to compete, to be appreciated for our accomplishments, not only our looks, and number three, which is the most important thing – was to make a living because we knew what the potential could be. And now, of course, you see people winning, the US Opens at 2.2 or 3.2 million. Women’s tennis is living our dream.”

Thanks to the Original Nine, not only do women have a fair opportunity to compete, but now they’re also gaining popularity at the major tournaments, as King explains.

“We got the best ratings with US Open, much better than any ratings of all four majors, not the men, the women did.”

During and after her professional tennis career, Billie Jean King pushed for women’s rights in sports. King was at the forefront of Title IX a federal law signed in 1972, which allow girls and women to participate in sports at school without discrimination. Of course, who could forget her triumph over Bobby Riggs in 1973 at the Battle of the Sexes match.

For decades, Billie Jean King has been advocating for women’s sports equality.

Billie Jean King has stayed busy running the Women’s Sports Foundation for the past 47 years. Their mission is “to enable all girls and women to reach their potential in sports and life.”

“One thing people don’t understand, 40% of professional athletes are women and we only get 4% of the media coverage. So if the media will start covering us, what really helps when people cover women’s sports”

“We are the leaders in women’s sports, but we need a long way to go. We want all women’s sports to do better, and well, all sports.”