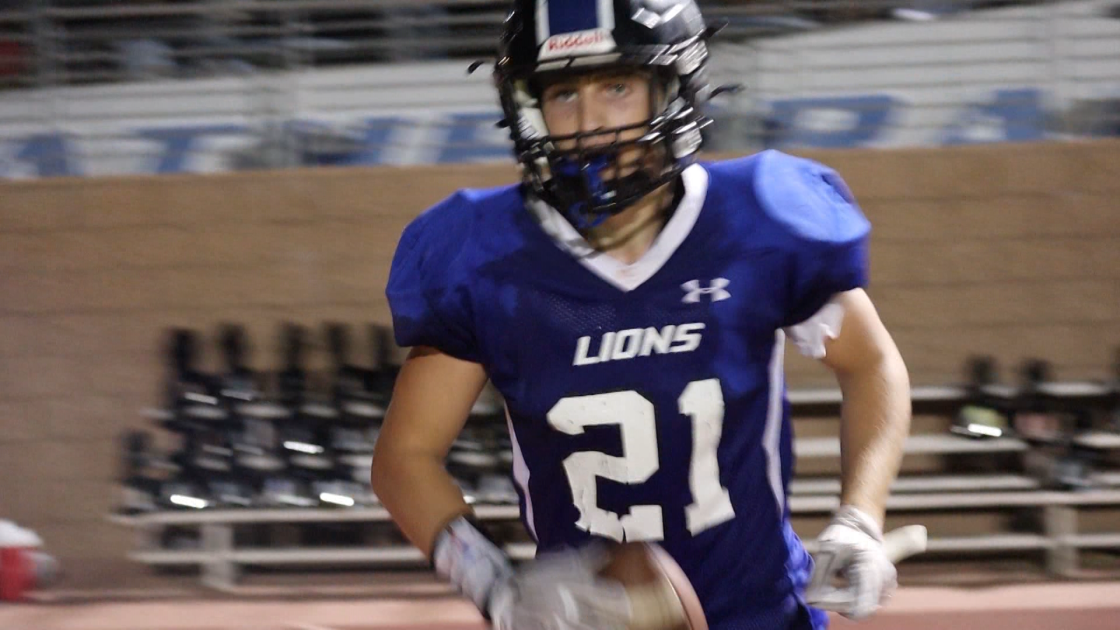 Frankie Valentino is a Senior Wide Receiver at Cathedral City high school. He is an integral part of the Lions’ success this season, and not only is he a leader on the field, he also leads the nation in stats.

Just seven games into this football season, Valentino is co-leading the country with 20 receiving touchdowns. He shares this stat with Luke Livingston, a sophomore receiver from Utah.

When Valentino first heard the news, he was excited, to say the least.

“My coach just texted me like, ‘yo, you know you’re leading the nation right now?’ At first, I was just like, mixed emotions but to know that there are thousands of kids playing every night and that I’m leading with all those kids that are out there going D1 and all those top ballers, it’s cool.”

What has helped Valentino’s success is, of course, his quarterback, senior O’Shea Wallace. Valentino says that their great chemistry on the field is a result of their friendship off the field.

“Our bond on the field comes from our bond off the field. We’ve been good friends since we’re in elementary and middle school so all that just translates on the field.”

Valentino’s excellent season this fall is an extension of his shortened, pandemic season in April. After five games, Valentino was leading the entire Coachella Valley in receptions (38), receiving yards (674 yds.), and touchdowns (8).

“I just took the momentum from those first five games and took it into this season. It just puts a target on my back, but you know, this is something I’ve been preparing for and this is what I want to do and this is my lifestyle. So I do it.”

Head coach for the Lions, Richard Lee is not surprised by Valentino’s success this season, but to be a national leader is an amazing accomplishment for the young athlete he has watched grow the past four years.

“He’s been dialed in since he was literally an eighth-grader. He wanted to come play football here. He’s just put in a lot of work for the last four years, he’s probably one of the hardest working kids so you know that that shows on the field. I’m not surprised. I mean, leading the nation and things like that I mean, that comes as a surprise, but I’m not surprised at the success he’s had.”