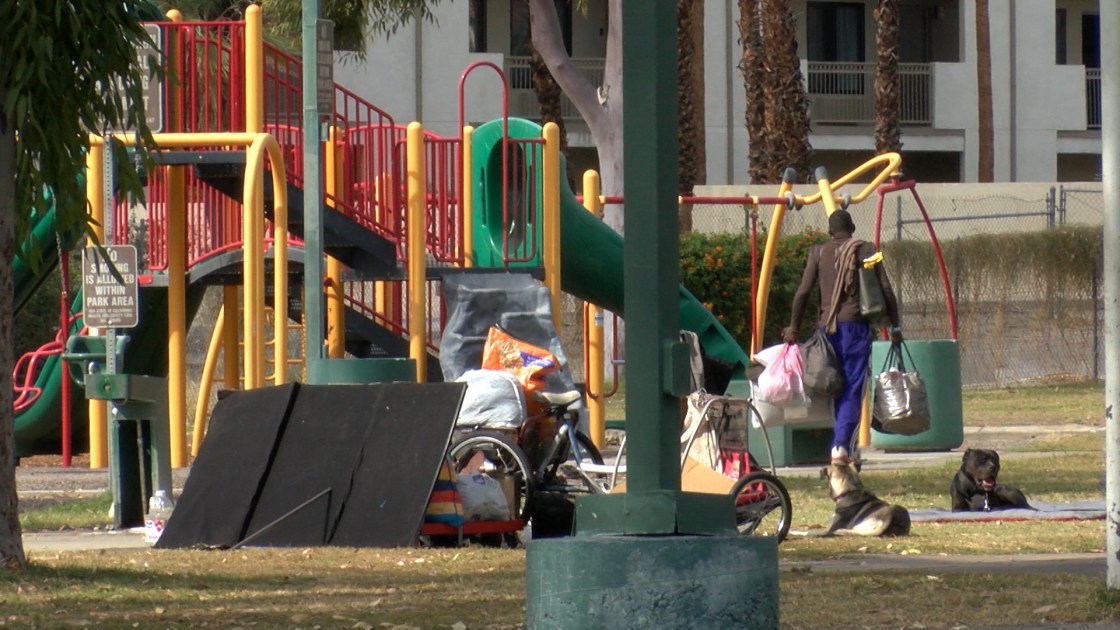 A petition was recently started in the city of Palm Springs to reclaim a local park.

An organization called Community Partnership On Homelessness is asking the city to close the park under an emergency order stating that the public needs to be protected for both health and safety reasons.

Murphy explained that this problem didn’t happen overnight, but it has become more consistent in recent years.

“In the past probably three years or so it’s gotten progressively more populated with people that are there for, to hang out and do that particular type of drug,” added Murphy.

The city of Palm Springs responded to the petition, saying they will be taking action, and it will be happening soon.

“The fact that this made it difficult for residents and especially for children to enjoy it was brought to my attention a little while ago. so we actually already have a plan in place to close the park,” said Justin Clifton, City Manager of Palm Springs.

The park is expected to close for a total of 6 weeks and undergo excessive renovations before it reopens.

“We are going to close it for deep cleaning, safety inspection, making some alterations to the landscape that will make it easier to monitor activity ongoing. installation of cameras, probably a more detailed security plan,” explained Clifton.

This plan was already put in motion by the city council last week and is contributing to the overall focus on helping solve homelessness across Riverside County, which has been an ever-evolving problem.

“This really is a systemic problem, it’s been decades in the making, it comes from a combination of things including escalating costs of housing, relatively less growth in wages, it is mental health and the services that are available, not just ordinary services, but inpatient services in some cases,” said Clifton.

“I know everybody is aligned in their thinking, it’s a question of when to take the action and what action to take. So that’s one of the reasons the community partnership on homelessness launched this petition, is to provide extra support to our elected officials to take an action like this,” said Murphy.