It is called the San Gorgonio rail project and it’s a one billion dollar plan that has been in the works for decades in the Coachella Valley.

John Standiford, Assistant Executive Director for the Riverside County Transportation Agency said,“a lot of people are comfortable with the idea of taking trains or getting places and using that motor transportation, but we really don’t have that option.”

This week Supervisor V. Manuel Perez and Karen Spiegel made it clear they’re all for the idea.

Inching closer to making it a reality by requesting federal funding to complete a rail corridor between Los Angeles, Orange County and the Coachella Valley.

The funding would help the county complete mandatory impact studies on six proposed rail stations as well as a third main track line along the existing metro track.

“People need an option that is different from driving or flying, that provides them with something that is dependable. Something they can count on  and especially for people who aren’t familiar with the area,” said Standiford.

Palm Springs Mayor Pro Tem and state senate candidate Lisa Middleton is a strong advocate for the project, she explained that the county and CalTrans still have to finish two routes. The first one set to run through Colton, through the San Gorgonio pass and the Coachella Valley.

“The other area that we are working on and one that we can work much quicker on is Amtrak is  working on expanding their own track. that runs from la to Tucson once a day,” said Middleton.

While the proposal is still in its very early stages, bus commuters say they’re excited for the possibility of a smoother ride.

One man told NBC Palm Springs it takes him almost four hours to get from Indio to Long beach during prime traffic hour.

This happens every Sunday, grid-locked traffic heading west on I-10. It’s become such a regular occurrence it’s actually discouraging some tourists from making the trip out to the desert.

The fate of the project is now in the hands of the federal government and local lawmakers say President Biden’s embattled infrastructure bill could drastically affect how soon construction could begin.

“We hope it will pass. It has 66 billion dollars dedicated to railroad projects. it is so important that we get that passed so we can start exploring alternative transportation for our community,” said MIddleton.

A prospective timeline for groundbreaking on the project has not been announced. but local legislators and the county estimate that this could be a project completed in less than 10-years. 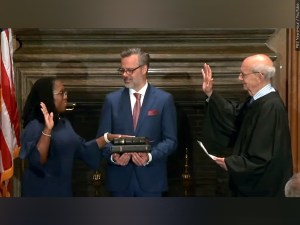