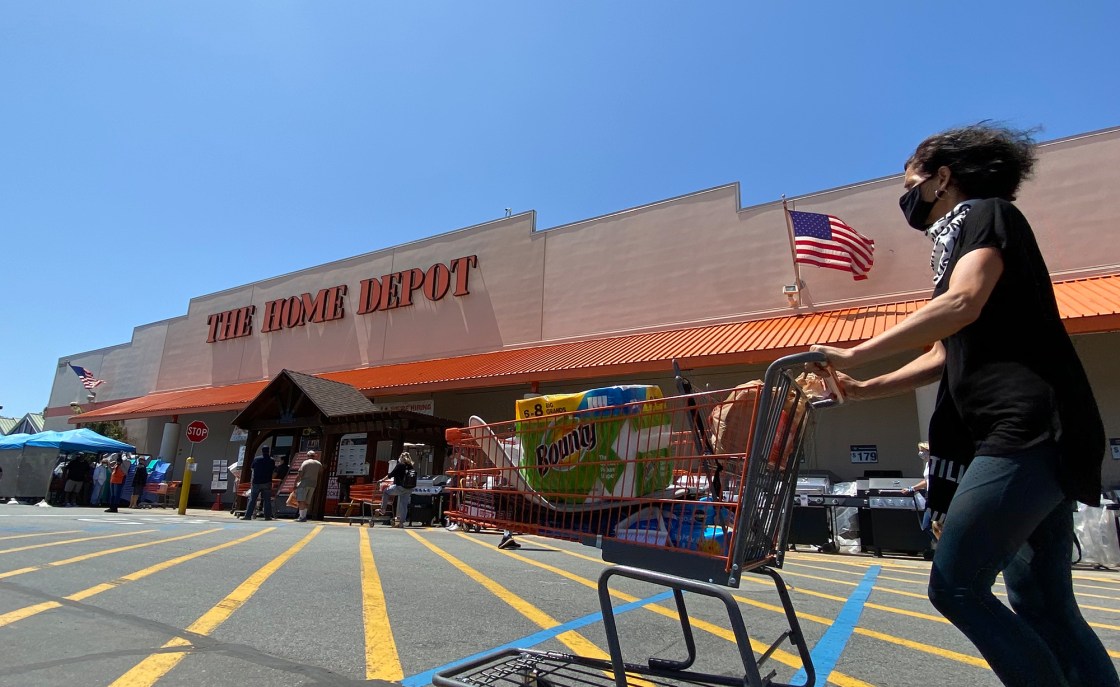 The Home Depot in Palm Springs was the latest target of brazen theft, the thief trying to escape with power tools, but this time he did not get away with the merchandise as a shopper stepped in and took matters into his own hands.

We’re told by a viewer that sent video into the NBC Palm Springs newsroom, that multiple people tried to stop the thief and it was ultimately the older man in the video that stopped the thief from leaving the store with merchandise.

Shoppers reacted to the video Monday morning, supporting the man who stopped the theft, but also saying it could have been a worse outcome.

“You don’t even think, you just react to the moment, but if you take a chance, even a second to think about it, you know the person could have a gun or a knife and it could end up being a lot worse than just stopping a robber,” explained Sergio Suhett, Cathedral City Resident.

Palm Springs police advise the public that the best thing to do is to step back and take note of what is going on.

“We certainly encourage people to just be a good observer, to watch what’s going on, try to get a description as you can,” said Sergeant Michael Casavan with the Palm Springs Police Department.

Police confirmed that this incident was not initially reported, but authorities were contacted to retrieve some of the suspect’s property.

“We certainly encourage you not to get involved with the retailer and whatever might be occurring, if they’re losing property, certainly your safety is more important than losing some property at a commercial retailer,” added Casavan.

The Home Depot responding to our request for comment issuing this statement:

“Organized retail crime is a growing problem for all retailers. Thieves are often brazen and sometimes violent, and we don’t encourage people to engage with them.”