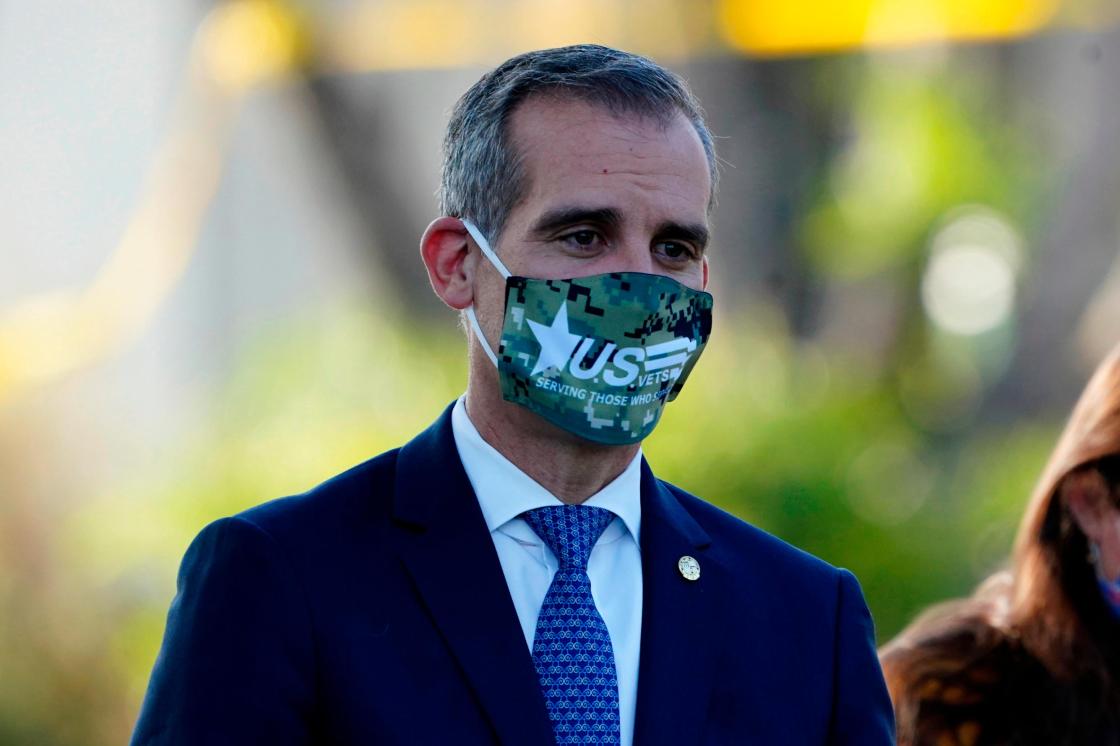 The mayor is attending the conference with about seven staff members,
all of whom tested negative.

“Mayor Garcetti tested positive for COVID-19 earlier today. He is
feeling good and isolating in his hotel room,” according to an announcement on
the mayor’s Twitter account.

In accordance with the UN’s guidelines for the conference, Garcetti
conducted self-administered nasal swab tests frequently throughout the trip and
tested negative, including receiving negative results twice on Wednesday. On
Tuesday, the mayor and his staff took PCR tests to get back into the United
States, and Garcetti’s positive test result was received on Wednesday.

The mayor’s team was figuring out what will happen next as Garcetti
isolates in Glasgow. Garcetti had been scheduled to return to the United States
on Thursday.

Garcetti’s scheduled attendance at a Wednesday New York Times panel
discussion on urban challenges and solutions to combating the climate crisis
was canceled.

In a midday interview with ABC7, Garcetti said, “I’m feeling great,
which means I think either I got a false-positive at best, or at worst, as a
doubly-vaccinated person, symptoms are extremely mild.”

“So I’m very hopeful,” the mayor said from his Scotland hotel room.

“Grateful for all the messages folks have sent to me. But I’m feeling good. We
got a lot of work done. I was about to get ready to get on the plane tomorrow
morning to come back to L.A., but we’re following all the protocols and
procedures here in Scotland when you test positive in a PCR test, so this could
be my room for a few days.”

Garcetti told the station if his test is confirmed to be positive, he
will have to isolate for 10 days. He said he received the Moderna vaccine, and
is planning to receive a booster shot “as soon as I’m out of the woods with
this.”

“But it’s a real reminder that when you let your guard down, even
when you follow everything right the way we’ve been doing — masked up here,
making sure you follow the protocols — when you mix with folks, you should
wash your hands, make sure you wear your mask, you should do everything,” he
said. “And there’s still a chance of breakthroughs, which is why the vaccine
is so important. Without that you could land up in the hospital and you have an
11 times more likely chance to die if you’re not vaccinated when you get one of
these cases that’s going around right now.”

Garcetti told Channel 7 he plans to keep working during isolation,
although he will “have to adjust my sleeping to do so.”

“I have no plans to kick back,” he said. “I think my Netflix queue
will stay just as long as it is today.”

On Monday, the mayor announced in front of heads of state that C40
Cities, a climate coalition of 97 cities — which Garcetti chairs — received
pledges from more than 1,000 cities and local governments to join the
coalition’s Race to Zero.

The mayor has spent the last couple of days with the C40 delegation,
which includes mayors from 12 international cities within the coalition,
including mayors of Athens, Phoenix, Paris, North Dhaka, Oslo, Freetown,
Stockholm and Seattle.

Garcetti and the rest of the delegation took a 4.5-hour train ride
together from London’s Euston Station to Glasgow’s Central Station on Monday.

In Glasgow, Garcetti was in close contact with London Mayor Sadiq
Khan, who was named to succeed Garcetti as chair of C40 Cities, as well as
former New York Mayor Michael Bloomberg, who is serving as UN Special Envoy for
Climate Ambition and Solutions and Global Ambassador for the Race to Zero and
Race To Resilience campaigns.