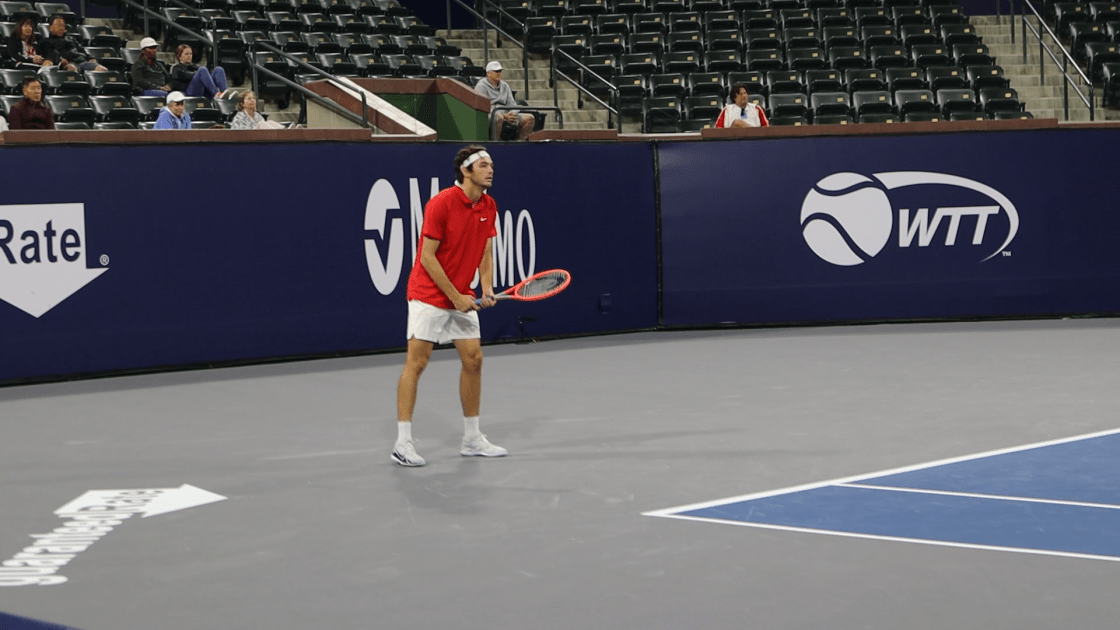 Taylor Fritz, the top-ranked American tennis player in the ATP tour, is in town for World Team Tennis going on over at the Indian Wells Tennis Garden. Fritz is a SoCal native and on the San Diego Aviators in the tournament, however, the Fritz family has ties here in the Coachella Valley.

“It means close to home obviously like I get to have my car I can drive my car around and do whatever here, I like that a lot.”

That’s just one of the many reasons why Taylor Fritz loves playing at the Indian Wells Tennis Garden.

“I have family members, my dad’s side of the family lives here, my dad lives here now coaching at College of the Desert.

Guy Fritz, Taylor’s father is the head coach for the Roadrunners’ men’s tennis team and is back for his third stint with the program.

Taylor says that after growing up playing tennis in Southern California, there is just no place like home.

“I spent a lot of time here growing up and I’ve played here at the tennis garden a lot. I feel confident here and you know I’m really happy to be playing the season here this year.”

Guy Fritz explains how the Coachella valley was basically a second home for the Fritz family.

“Well, it was great because the weather out here was so good. So anytime it rained in Rancho Santa Fe we just jumped the car, came out here, and trained. We use players from the College of the Desert to hit with and train with Taylor. We also came out here on vacation.”

Besides the fabulous weather and playing and tennis paradise, Taylor enjoys playing here the most because of the amazing fan support.

“Hearing the crowd support at the tournaments, it’s great. This is one of the only places I feel like I can be playing anybody and the crowds going to be supporting me because I’m like the local person, it’s just it’s beautiful.”

24-year-old Fritz is ranked #23 in the ATP Tour, and he’s the top American man, but still sees himself accomplishing much more.

“I want to be in the top 10, I want to go that next step. You know being the number one American is cool, but I want a lot more. No pressure, I just have to kind of keep working. Sometimes, the only pressure I feel is the pressure that I put on myself because I expect myself to do really well.”

Like most fathers, Guy Fritz knows his son, and he knows that Taylor’s potential is far from being tapped yet.

“Well, I definitely think he could be a top 10 player. He’s beaten other players in the top 10. It’s just a matter of him staying healthy and keep putting it together as he did recently out here In Indian Wells.”

To support Taylor Fritz and the San Diego Aviators over at the Indian Wells Tennis Garden for World Team Tennis, CLICK HERE for tickets.