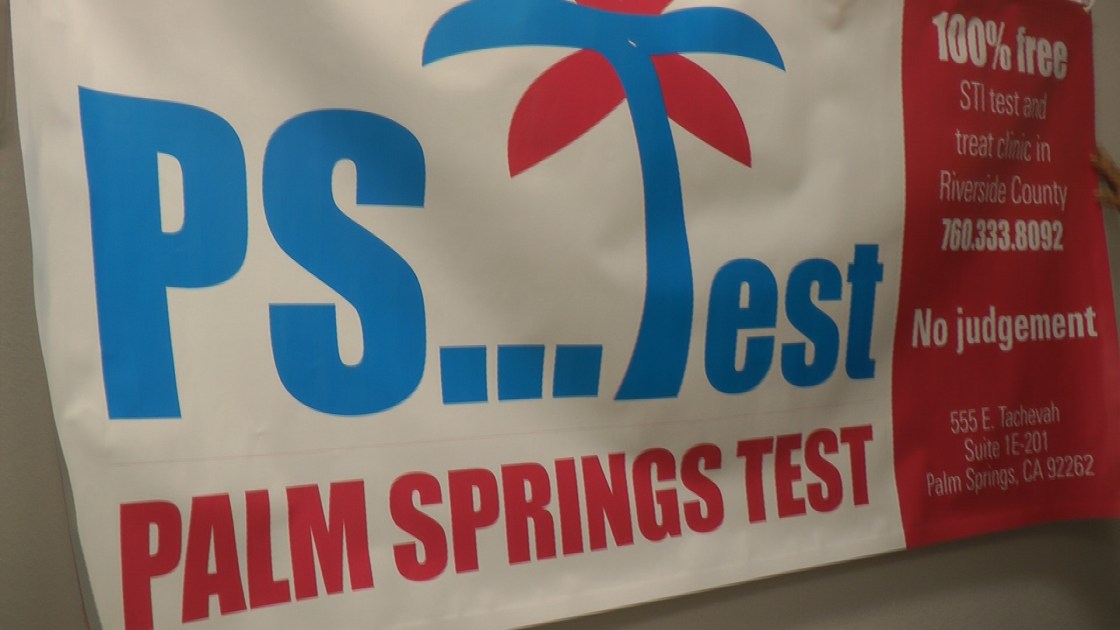 Citing figures which show a near doubling of HIV, syphilis, chlamydia, and  gonorrhea in the Coachella Valley since 2015, Dr. Phyllis Ritchie has opened an STI testing and treatment clinic that is 100% free to all patients. 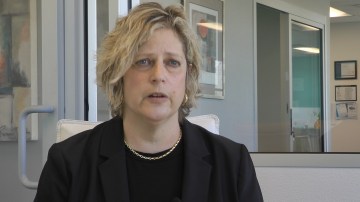 “I wanted to do something about that and make a difference and I felt financially people couldn’t afford to go get tested and treated,” Dr. Ritchie told NBC Palm Springs. “I wanted to take that financial barrier and remove it.”

During the summer, in a small medical office across from Desert Regional Medical Center, Dr. Ritchie opened PS … Test.  With a full time staff of three, Dr. Ritchie has tested 300 clients so far, and treated dozens who have tested  positive for STIs. “We’re the first free test and treat STI clinic in Riverside County,” she said.

And she has paid for it all out of her own pocket. “My husband and I wanted to make a difference in the Coachella Valley.  It’s been good to us and we wanted to give back.”

One of those patients who came in for testing is Palm Springs resident, Bill Coyman.  He found PS … Test by doing a Google search for STI testing and http://www.healthypstest.org popped up.

“This experience has been amazing,” said Coyman during a visit to the clinic.   “For something that could be so negative, I think the patient experience is above and beyond.” 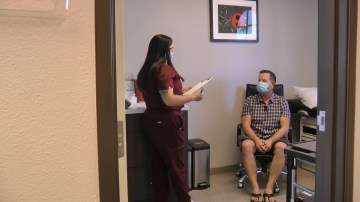 The approach that makes the patient experience “above and beyond” is one of acceptance according to Ritchie.  “My philosophy is to treat patients kindly. And to make them feel like they’re in their home, not in a sterile medical clinic.”  Dr. Ritchie added, “Everyone wants to come to a doctor’s office and not get judged and that’s what we’re here for.  Kindness and no judgement.”

While pharmaceutical firms who have heard about Dr. Ritchie and PS … Test have donated medication for treatment and prevention of HIV and treatment of other STIs, Dr. Ritchie is seeking a grant from Riverside County and donations from concerned members of the community.  As for continuing to fund the clinic all on her own, Dr. Ritchie admitted, “(The business model) probably is unsustainable.  Hopefully we will get some more donations coming in in the near future.”

Dr. Ritchie says success will be determined in statistics gathered by Riverside County.  If the incessant increase in sexually transmitted infections slows, or better yet declines, it will be an indication that her approach is working, as she says it has elsewhere. “New York has been giving out free PREP (medication to prevent HIV infections) for years and they actually made a dent in new HIV infections and I hope we can too.”

But for the patients already treated, people like Bill Coyman, PS … Test has already been a success. “It was warm. It was respectful of why I was coming in.  It was confidential.  It was very very comfortable.”  Coyman added, “You can’t put a price on that.”

To make a much needed donation to PS … Test or to make an appointment for 100% free testing and treatment of STIs, go to their webpage at http://www.healthypstest.org or call 760-333-8092.