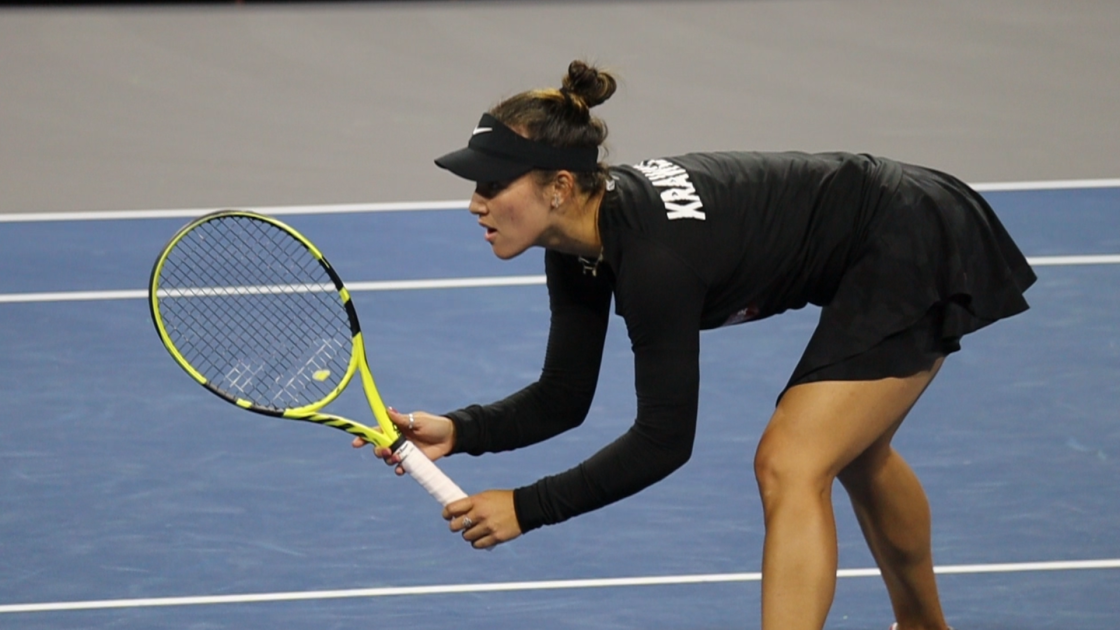 Desirae Krawczyk finished up her season at the WTA Finals last week. Although Krawczyk didn’t take home any hardware in the women’s doubles with her partner, Alexa Guarachi, being among the top WTA players in the world was an experience like any other.

“The WTA only had a couple of months to do it, but they did an amazing job and we’re just very fortunate to have that event happen this year because it didn’t happen last year. It’s a privilege to be one of the top eight teams.”

A privilege that was well earned by Krawczyk this year. She might not have ended with an overall title in women’s doubles, but Krawczyk did claim 3/4 grand slams in mixed doubles this year.

Krawczyk made history as the seventh player in the open era, man or woman, to win three grand slam titles in the same year. She has won two with Joe Salisbury at the French and U.S. Open. The other she earned at Wimbledon with Neal Skupski.

With the year coming to an end, Krawczyk finally has time to look back and soak in all her success this season.

“You know, you’re playing tournament after tournament, but to really like, think about it, it’s just, it’s incredible. I’m happy and to be able to make history and all the hard work I’ve done, I’m just really proud of myself.”

“I’m just happy to be able to play my first World Team Tennis and I’m happy to be joining the Orange County breakers.”

WTT is unlike the classic game of tennis, players make up teams and they must play for points earned against other teams in men’s & women’s singles, doubles, and mixed doubles. Krawczyk is a key member of the OC Breakers, she is playing in the women’s & mixed doubles.

“It’s obviously a lot of fun, I played college tennis, it’s just so much fun. On tour, you’re playing with another partner, but this is a team environment and it’s so much fun to be around all these good players.”

Desirae Krawczyk is a Coachella Valley native, very familiar with the courts at Tennis Paradise. When the WTT announced their 2021 season to be held at the Indian Wells Tennis Garden, the Palm Desert high school alumna said it was a no-brainer to play here at home.

“I just enjoy being out here, just the home crowd and people coming out and supporting this event (WTT) is amazing. So thank you to everyone for coming out.”

The year might be over, but Krawczyk is already looking ahead at the next season and what she would like to accomplish on tour in 2022.

“My goal is, obviously, to make another WTA finals at the end of the year and, I’m playing with a new partner Bethanie Mattek-Sands. So I’m really looking forward to that and, you know, I’m hoping for a great year and see how we do.”

Krawczyk will be competing in World Team Tennis until November 28th. She is also planning to be back for the BNP Paribas Open taking place in March 2022.