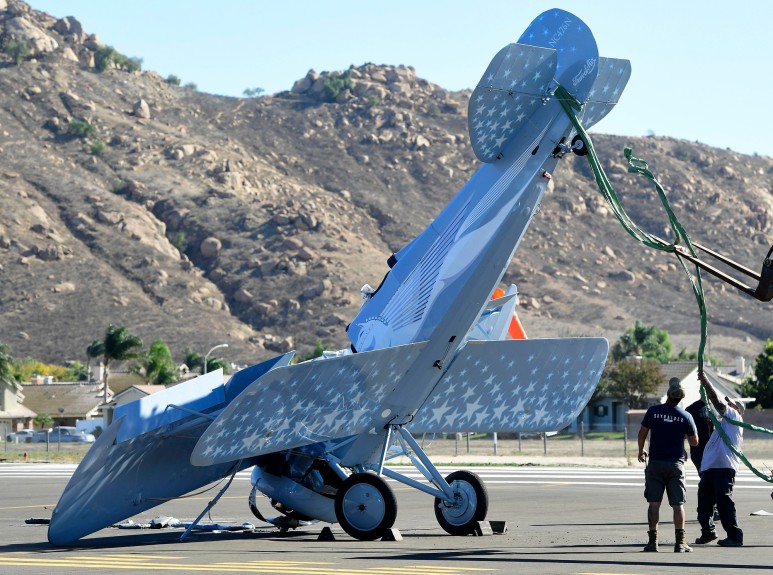 JURUPA VALLEY (CNS) – A single-engine airplane crashed today at Flabob
Airport in Jurupa Valley, flipping onto its back, leaving the pilot with
minor injuries.

The accident was reported at about 11:35 a.m. near the center of the
airport in the 4100 block of Mennes Avenue, according to the Riverside County
Fire Department.

At least two engine crews were sent to the location and found the high-
wing configuration aircraft inverted near the runway, according to reports
from the scene.

It was not immediately clear whether the plane was taking off, landing
or in a high-speed taxi when the crash happened.

The pilot, whose identity was unconfirmed, extricated himself from the
plane, complaining of an unspecified injury that prompted paramedics to
request an ambulance.

About a gallon of oil seeped from the plane onto the tarmac, and crews
were expected to have it mopped up by the early afternoon.

The FAA was contacted, and investigators were expected to be at the
site later Tuesday afternoon.

The airport remained open after the crash.