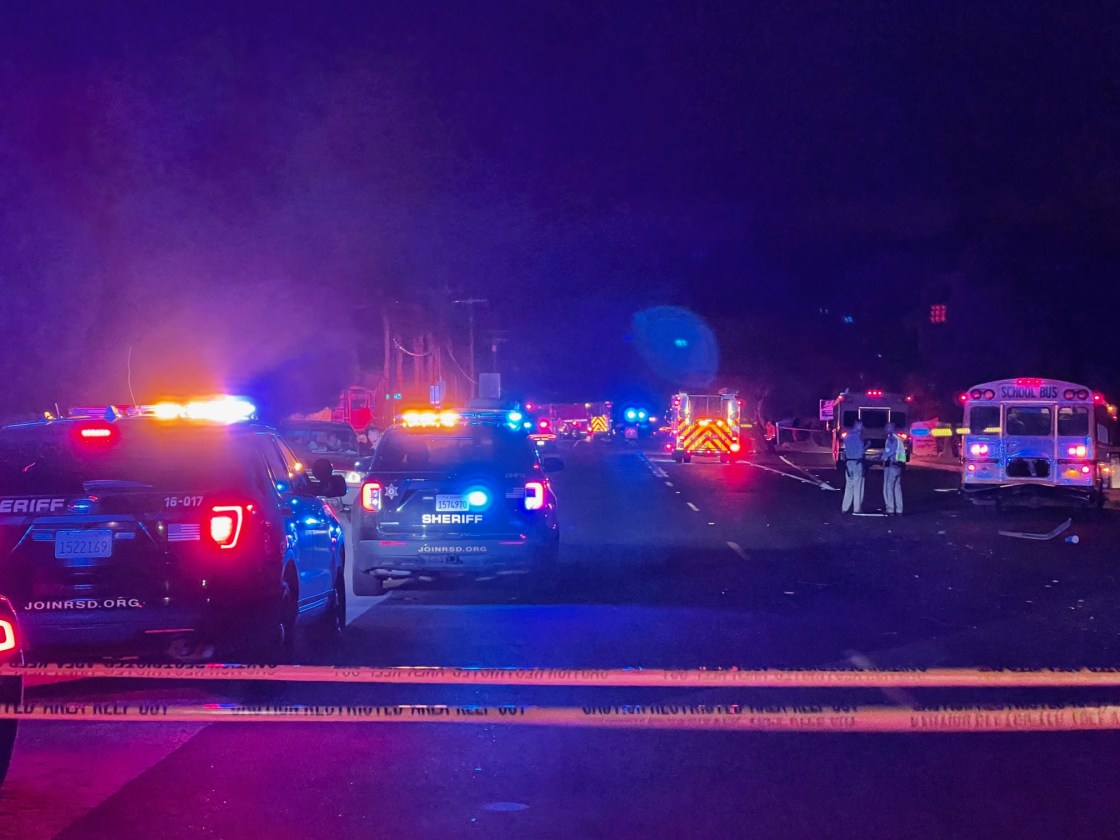 A nine-year-old child is killed Thursday afternoon after being struck by a driver of a Cadillac at the intersection of Corkhill Rd. and Aurora Rd. in Desert Hot Springs. Four other people are injured, including the driver of the white Cadillac.

Capt. Dennis Woodbury with California Highway Patrol tells NBC Palm Springs the driver first hit the back of the school bus, and then went around the passenger side of the bus. When the man drove around the right side of the bus, he hit four students. Details about the driver are unknown.

Families rushed to the site of the crash after hearing students were hit and say children still on the bus were shaken up.

Palm Springs Unified School District Superintendent Dr. Mike Swize said in a statement, “We want our families and staff to know that we are here for them to provide any supports they need now or in the coming days and weeks ahead.”

The incident is still under investigation.