Eight People Are Behind Bars After Investigation Into Illegal Weapons 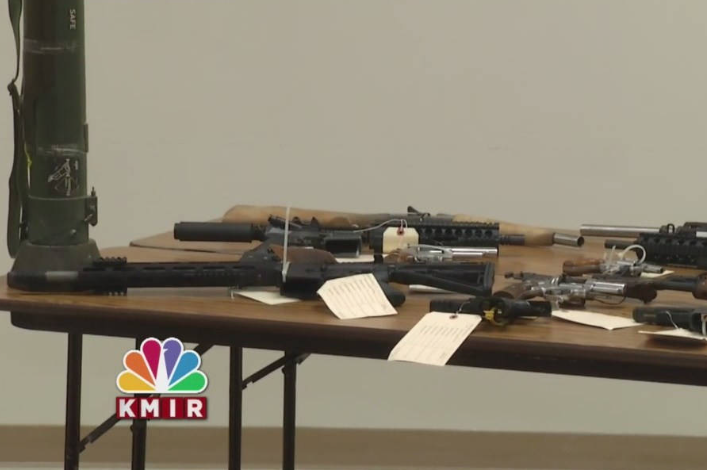 PALM SPRINGS(CNS) – Eight people are behind bars today after
authorities conducted an investigation into illegal weapons.

The arrests spawned from a Riverside County Sheriff’s Department
investigation regarding illegal weapon possession and theft Wednesday,
according to Sgt. Paul Heredia.

The incident began with the arrest of Carlos Mayorga, 29, of Palm
Springs during a traffic stop at the intersection of Palm Drive and Two Bunch
Palms in Desert Hot Springs for two outstanding felony arrest warrants.

Deputies issued a search warrant at his house in the 1400 block of
Ramon Road in Palm Springs shortly after, in which a handgun and shotgun were
found to be illegally possessed by Mayorga, according to Heredia.

Mike Perez, 39 of Palm Springs, was also arrested at the location for
a felony vehicle theft arrest warrant.

A follow-up investigation was conducted at a residence in the 66000
block of Fifth Street in Desert Hot Springs in relation to a theft, in which a
short standoff occurred with the residents inside who refused to exit, said
Heredia.

Six suspects inside were arrested for various felony offenses. Elisa
Lopez, 25, Roberto Seym, 39, Joel Lapena, 27, and Karina Siqueiros, 23, all
from Desert Hot Springs, were arrested on suspicion of obstructing a peace
officer.

All eight of the suspects were booked into the John Benoit Detention
Center in Indio.