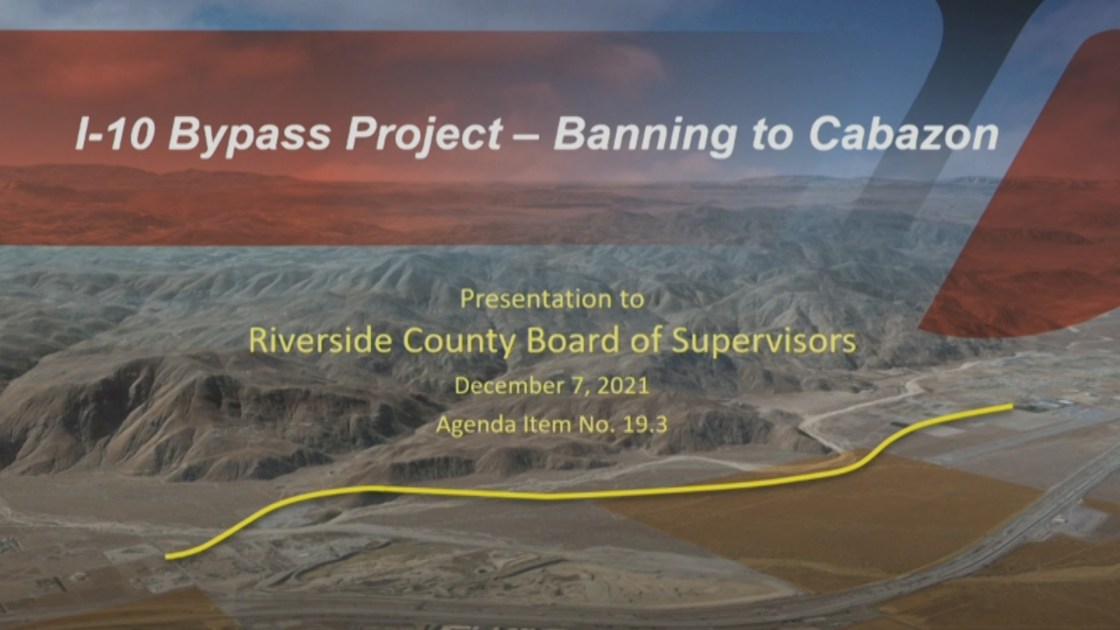 But the traffic headache may be getting a little relief, an alternate route project is making some headway.

“Coming into the Coachella Valley, it bottlenecks up by the windmills,” explained Eric Brown, La Quinta Resident.

Drivers dealing with constant traffic jams in and out of the valley are looking forward to a possible solution.

The Transportation and Land Management Agency presented a plan to the board of supervisors earlier this month.

“It goes all the way to the main street apache trail in the Cabazon area,” said Mark Lancaster, Director of Transportation for Riverside County.

It’s a plan that recently overcame a major hurdle, as the board of supervisors adopted the design model for alternate 12, out of 14 options.

“Caltrans has issued a finding of no significant impact for alternative 12. Fourteen alternatives were studied, and alternatives 5 and 12 were fully analyzed in the EIR,” explained Lancaster.

“All it takes is one good accident and it shuts it all down, this is so important, it has been years of collaboration with the Morongo Indian Tribe, and with the city of Banning, with the community of Cabazon, which by the way now can be shut down by a broken down train or one that just stops and cuts off all access for emergency,” said Jeff Hewitt, Riverside County Board of Supervisors, for District 5.

Construction on Alternate Route 12 is not expected to begin until the design phase is complete.

“The design can wrap up in about a three-year period. Construction, the bridges will take some time to build and you can’t build them during the rainy season, so I’m going to estimate that the roadway itself will probably be an 18 to 24-month construction duration,” added Lancaster.

And once completed the new route will be open to the public, giving some relief to travelers who say they’re tired of sitting in traffic for hours.

“It’s not only an emergency bypass, that is one of the secondary benefits of that road, but it’s also just an alternate route for the folks in the Cabazon area, especially if there’s an emergency situation there,” said Lancaster.

All in all, after the completion of the design phase and construction, we could see Alternate Route 12 open in as soon as 5 years, so still a little ways away, but help is on the way.