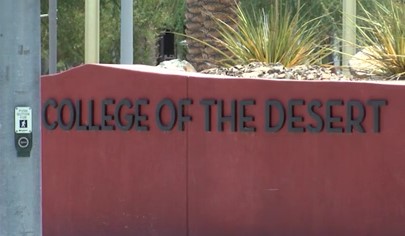 College of the Desert held two meetings last week to discuss the issues revolving the west valley campus and its hospitality program.

“I would like to reinforce that the trustees and I are committed to making this a reality,” said Dr.Martha Garcia at the COD board meeting held on Dec 17, 2021.

These meetings lasted several hours and in the end, COD officials had no new answers to the questions that have been hanging over the campus for months.

When asked before about the delay Dr.Garcia has blamed a feasibility study.

However, in College of the Desert’s most recent meeting, Garcia backtracked this excuse and instead pointed to her staff.

“I’m currently reviewing the document that was emailed and on the analysis it appears to be some components of the feasibility study that we need to complete to proceed with planning. It is important that I state that I previously requested any previous documents from COD team members several times. I’m relying on the expertise of the team members who are here to support me,” said Dr.Garcia.

The feasibility study can be found where it has been for years since it was published  in 2017, on the website for the public to see. Nonetheless the lack of concrete answers continues all while taxpayers and COD students are being hurt in the process.

“Get your communications synced up. You’re confusing everybody with multiple reports and different dollar figures. And different committees have different numbers,” said Bruce Hoban, who is a Palm Springs local and whose husband attends COD.

They have been gathering emails from other locals who state there is a grave concern for the broken promises the College of the Desert has given the west valley public.

“Thousands of emails of people writing messages where they say they are concerned. So it’s one of the few issues that I’ve seen here in Palm Springs where I can’t find anybody who is happy with what COD is doing,” said Hoban.

This also comes at a time where the lead consultant for the hospitality program, Doug Watson, has been dismissed and weeks after Palm Springs leaders have expressed concern.

Doug Watson has more than 20 years of experience working in the hotel business.

Watson’s position as consultant for the campus was created to last until the west valley campus was completed.

“All we have ever wanted to do is focus on technique driven education. So as students they could come out and work in a fine-dining restaurant, they could start their own entrepreneurial coffee bar, they could work in a world-class hotel if they wanted to,” said Watson.