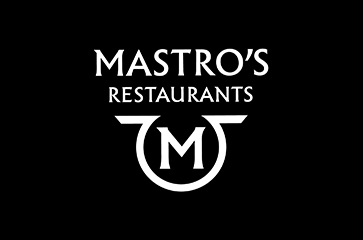 Copy
Health officials are ordering the employees of Mastro’s in Palm Desert to get tested after a major COVID-19 outbreak
Riverside County health officials on Tuesday ordered the employees of the Mastro’s restaurant to get tested for COVID-19 after a major outbreak among workers that included a case of the Omicron variant.
The order, which covers about 90 employees, provides for free testing for workers.
Health officials are investigating more than 20 cases that have been reported over the last 30 days. At least two of the employees were hospitalized after becoming ill.
Health officials notified restaurant management Tuesday afternoon about the order and urged the restaurant to not open for dinner. After initially opening for service, the restaurant closed early so testing could be done. A team of Public Health workers arrived at the restaurant Tuesday evening to offer the free testing.
“This step was taken to protect both the employees and members of the public,” said Kim Saruwatari, director of Public Health for Riverside County. “It was not done lightly.”
One factor, officials said, was that an Omicron variant case was confirmed among the ill employees. The variant, which was recently confirmed in Riverside County, appears to be more contagious that other forms of the virus.
After employees are tested and no virus is detected and exposures have been addressed, they will be allowed to return to work.

Saruwatari praised the cooperation from both local and corporate leadership of the restaurant, which she said made the testing process run smoothly.

“We are all interested in the same thing: protecting the health of employees and the public, and opening the business as quickly as possible,” she said.
Riverside County health officials have been reaching out more than a week to local managers and the restaurant’s corporate officials in Texas for more information about employees to help with contact tracing and case investigation.
Local health officials consulted with state health representatives who indicated the county’s action was within the guidelines of the California Department of Industrial Relations and the Emergency Temporary Standards for COVID-19 prevention. State officials said a “major” outbreak is considered when there are more than 20 cases within a 30-day period.