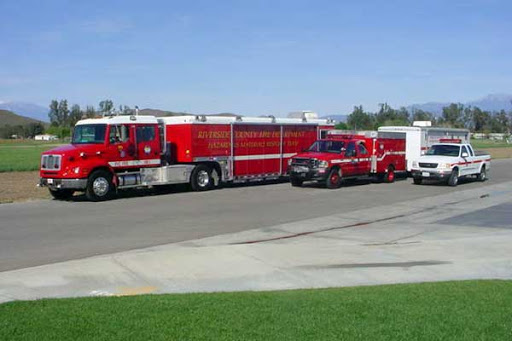 RIVERSIDE (CNS) – The volume of dispatches for the Riverside County Fire Department jumped by almost 10% in 2021 compared to the year before, according to a report released Tuesday.

The department released its “Year in Review” summary to show the total calls and where the busiest locations of the county were in 2021.

According to officials, the agency responded to 183,482 incidents last year — from wildfires to remote-area rescues to medical emergencies — marking a 9.33% increase over 2020.

The busiest day of 2021 happened to be the first one, New Year’s Day, when crews were dispatched to 639 incidents.

The remaining top four days were as follows:

Officials also identified the equipment that bore the highest demand during the year.

The type one engine — designed for urban response — carrying the heaviest load was E-37 at the Desert Hot Springs station, which was sent to 5,215 incidents.

The fire truck with the greatest burden was T-2 at the Sunnymead station in Moreno Valley, which was sent on 2,299 calls, while the paramedic unit that topped all the others in that category was M-71 in Palm Desert, responding to a total 3,362 incidents, according to the fire department.

The county has contracted with Cal Fire for countywide emergency response since the 1940s. Under sub-agreements authorized by the Board of Supervisors, Cal Fire crews service 19 municipalities within the county.

The city that most recently ended its fire protection agreement with the county was Canyon Lake, which started an independent fire agency on New Year’s Day 2022.