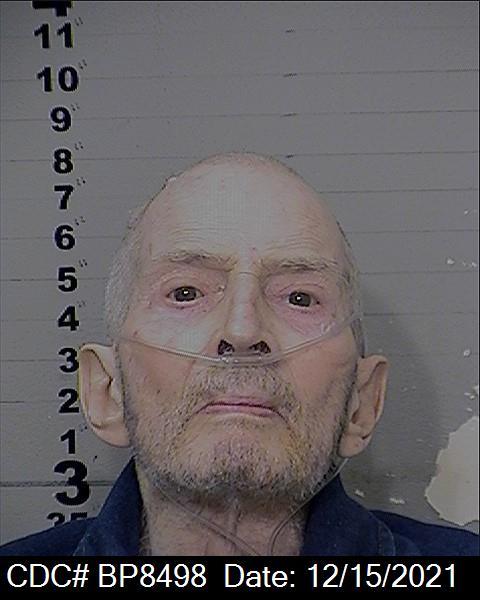 One of Durst’s attorneys, Chip Lewis, said the 78-year-old Durst died “while in the custody of the California Department of Corrections” and that his death was believed to be “due to natural causes associated with the litany of medical issues we had repeatedly reported to the court over the last couple of years.”

Lewis said attorneys would have no further statements about Durst’s death.

“To the end, Mr. Durst was unrepentant and completely unremorseful and refused to take any responsibility for his actions to the point of repeatedly and continuously perjuring himself during his testimony at his trial,” Deputy District Attorney John Lewin told City News Service shortly after Durst’s death. “For those reasons, my sympathies lies not with Mr. Durst but with his victims and their families.”

Durst was convicted Sept. 17 of first-degree murder for shooting Susan Berman in her home in December 2000, and sentenced Oct. 14 to life in prison.

Prosecutors said Durst killed Berman to prevent her from incriminating him in a renewed police investigation into the disappearance of his first wife, Kathie Durst, 29, in 1982.

Two days after Durst’s sentencing, one of his attorneys said Durst had contracted COVID and was on a ventilator. He was eventually moved to a state prison.

Durst — who had repeatedly denied any involvement in his first wife’s disappearance and presumed death — was indicted last Nov. 1 for Kathie Durst’s killing.

“When Kathleen Durst disappeared on Jan. 31, 1982, her family and friends were left with pain, anguish and questions that have contributed to their unfaltering pursuit of justice for the last 39 years,” Westchester County District Attorney Miriam E. Rocah said in a statement announcing the indictment. “The District Attorney’s Office reinvigorated its investigation into Robert Durst just 10 months ago when I took office, launched the Cold Case Bureau, and dedicated the resources and skill that I thought this case deserved.

“Thanks to the incredible hard work of our assistant district attorneys, the district attorney’s criminal investigators and the New York State Police, we have taken a huge step forward in the pursuit of justice for Kathie Durst, her family and victims of domestic violence everywhere.”

Kathie Durst’s body was never found and she was declared legally dead, at her family’s request, in 2017. Robert Durst divorced Kathie Durst in 1990 citing abandonment.

Investigators reopened the case in 1999, searching a lake and the couple’s home. During his Los Angeles murder trial, Durst repeated denied having any involvement in his wife’s disappearance and presumed death.

Durst had been behind bars since March 14, 2015, when he was taken into custody in a New Orleans hotel room hours before the airing of the final episode of the six-part HBO documentary series “The Jinx: The Life and Deaths of Robert Durst,” which examined the disappearance of Kathie Durst and the shooting deaths of Berman and Morris Black, Durst’s then-neighbor in Texas in late 1982.

Durst was tried for Black’s killing and dismemberment, but he was acquitted, arguing that the gun went off accidentally during a struggle. Prosecutors in that case also alleged that Black had figured out Durst’s true identity. Durst was in hiding at the time.

He  was the grandson of Joseph Durst, founder of the Durst Organization, one of Manhattan’s largest commercial real estate firms. Prosecutors estimate that Robert Durst’s share of the family fortune was $100 million.