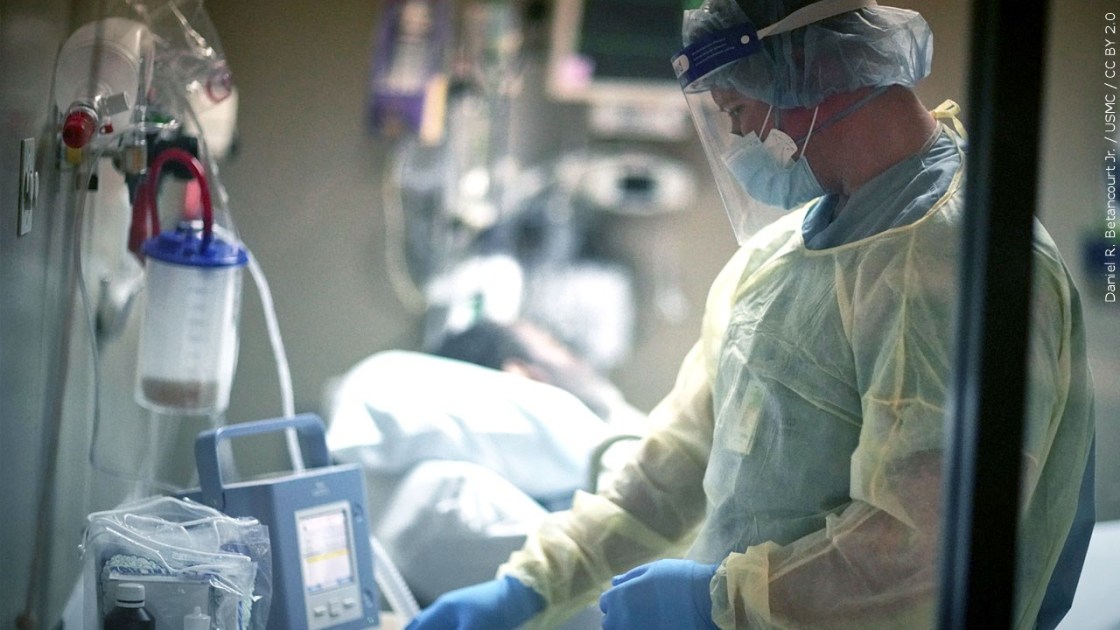 Copy
RIVERSIDE (CNS) – More than 300 unionized healthcare workers at a west Riverside hospital are threatening to stage a walkout Thursday unless administrators address their concerns over under-staffing, low wages and other issues the workers say have been accentuated by COVID-19.

“Even before COVID, we were massively understaffed,” Doctors Hospital of Riverside pathology assistant John Richardson said. “Now, it’s just ridiculous. We’ve got patients waiting seven or eight hours just to get into a room because there isn’t anybody to transport them there. We’ve got COVID rooms that aren’t getting cleaned because there aren’t enough housekeeping staff.”

The hospital, which was purchased in 2019 by Alhambra-based AHMC Healthcare, has roughly 330 employees who are members of Service International Union-United Healthcare Workers West.

According to the union, the 24-hour strike is scheduled to begin at 6 a.m. Thursday, though it was not immediately clear whether the workers would be exiting en masse, or engaging in rotating walkouts, so as not to leave shifts completely uncovered, as has been done in the past.

The union said the demands include the need for AHMC to address “unsustaninable turnover, sub-standard wages and unfair labor practices.”

According to SEIU-UHW spokeswoman Renee Saldana, the unfair practices include “intimidation tactics” by administrators, who have allegedly blocked SEIU negotiators from meeting directly with employees in the facility. She said changes to employees’ health plans are also part of the complaint.

Calls to AHMC for comment were not immediately returned.

“Lots of workers here are making minimum wage or close to it, even in this pandemic,” hospital technician Stefanie Cumpton said. “I stay because my kids were born here, and I live in the community, but a lot of people come here and then move on after three to six months.”

She said she and colleagues believe “patients deserve better” and that AHMC “needs to invest more into the workers who have kept the community alive.”

During the planned work stoppage, strikers will position themselves on sidewalks outside the hospital to distribute leaflets, carry signs bearing their demands and join in chants, according to organizers.

The facility was previously known as Parkview Community Medical Center — the name still used by most in the area, including ambulance and fire crews.

Labor actions have been initiated at the hospital in the past, focusing on issues similar to the ones now cited.

In 2015, SEIU-affiliated members filed formal complaints with the California Department of Public Health over allegedly unsanitary conditions that they said were jeopardizing patient and worker safety. One of the complaints pointed to maggots appearing in a patient’s nose and more in cafeteria meals.

The ensuing CDPH investigation resulted in citations but no findings that hospital staff or patients were exposed to danger.

In December 2020, nurses at Riverside Community Hospital downtown threatened a strike over allegations such as work assignments that caused them to be placed in settings outside their expertise, as well as ongoing problems with under-staffing and insufficient safety protocols amid the coronavirus surge then underway.