Day Two: Will Zalatoris rises and Patrick Cantlay not satisfied yet at the American Express 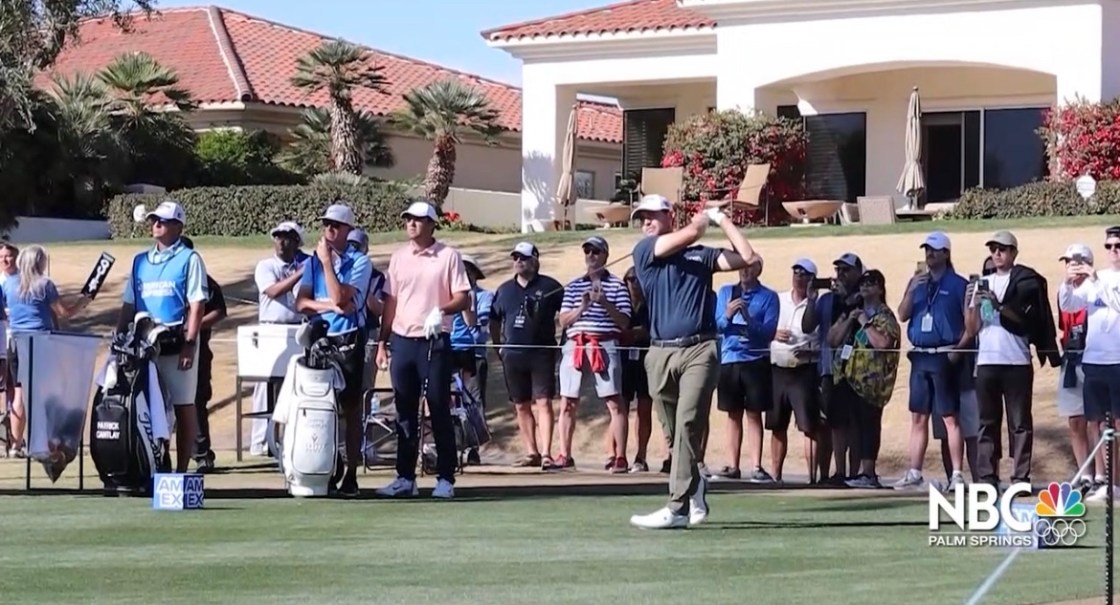 Action from the second round of the American Express Tournament wrapped up Friday in La Quinta, and there’s now a solo leader.

Patrick Cantlay remains atop the leaderboard at -14 after shooting a 68 on the Jack Nicklaus Course. Winds played a factor on the back nine for Cantlay, picking up two bogeys a day after a bogey-free round. In addition, a lot of well rolled putts just weren’t dropping for Cantlay.

“I actual putted really well today and made nothing.” Cantlay says, not completely satisfied due to the windy conditions. “The greens were a little beat up and it was hard to make putts. But I rolled it really well and I rolled it how I wanted to, I just didn’t get any to go in.”

Cantlay now holds the PGA Tour record for longest streak of rounds in the 60’s with 20, edging out the previous record by Viktor Hovland.

In second, just one shot off the lead is Tom Hoge after a 66 on PGA West Stadium Course.

Joseph Bramlett and Will Zalatoris sit in third at -12.

But all eyes were on the round by Zalatoris, who shot a 61, tying his career best. After the first round, he was only -1 under. But he made up a lot of ground Day two. The 25-year-old Texan, who carded 12 birdies, included 7 birdies in a row  to close out his back nine to shoot a 29.

But it was all just another day on the course for the young golfer.

“I mean I thought I was playing some really good golf at home over the last month, I really worked hard on my wedges and my putting and I think it’s really paid off.
I think today I just gave myself chances, I hit a lot close and made a couple 20, 30 footers to keep the round going and obviously, like I said, making birdie on 9 from the wrong fairway is kind of the icing on the cake.”