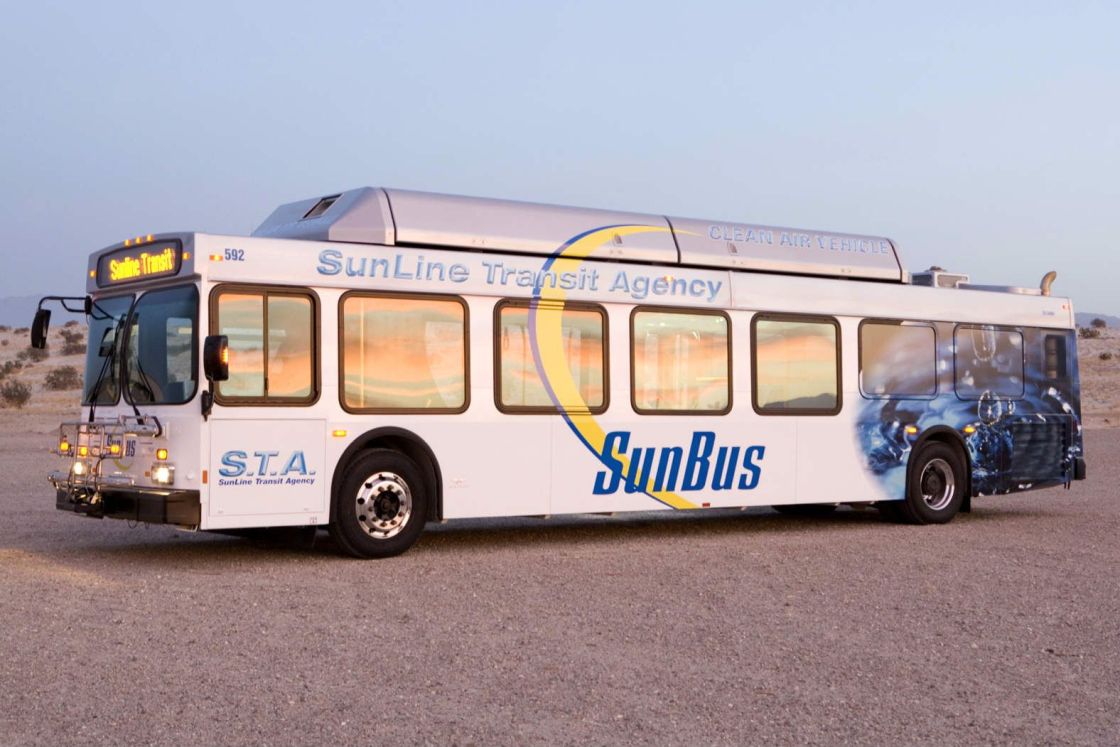 (Thousand Palms, CA) – SunLine Transit Agency was recently notified by the California Department of Transportation (Caltrans) – that SunLine has received top honors in the 2021 Caltrans Excellence in Transportation Awards in recognition of its SunLine Refueled initiative.

The Excellence in Transportation Awards is Caltrans’ most prestigious awards program that honors the best of California’s transportation projects from across the state. Caltrans received entries from all its districts and programs, public agencies, private contractors and consultants.

“Being acknowledged statewide for all the work that went into our ‘SunLine Refueled’ campaign is a true honor,” said Lauren Skiver, CEO/General Manager of SunLine Transit Agency. “Our team was very innovative in its plans and approach for implementing SunLine Refueled, and we are so pleased to have not only successfully delivered the largest system redesign in SunLine’s 43-year history – but to have received this laudable distinction by the State for these efforts, as well.

SunLine Refueled required an unprecedented amount of research, planning and outreach for each redesign component, which included a consolidated fixed route network, a new microtransit service, a commuter bus, communication to key transit hubs and education centers outside the core service area, and a new express route throughout the Agency’s busiest corridor.

As part of this process, SunLine Refueled sought a comprehensive look at the changing transportation landscape and how SunLine’s services can complement each other to provide a seamlessly positive user experience. To improve the user experience for all riders, SunLine utilized a mix of services that catered to both traditional riders as well as more technologically savvy riders.

While SunLine Refueled had been in the planning stages for 3 years, SunLine had to develop new ways to put information about the initiative out amidst multiple stay-at-home orders, county tier restructuring, and numerous COVID-19 regulations. Despite these challenges, the Agency’s level of engagement for a project this size is noteworthy. SunLine was successful in rebranding and reinventing the Agency’s transit network while balancing COVID-19 protocols.