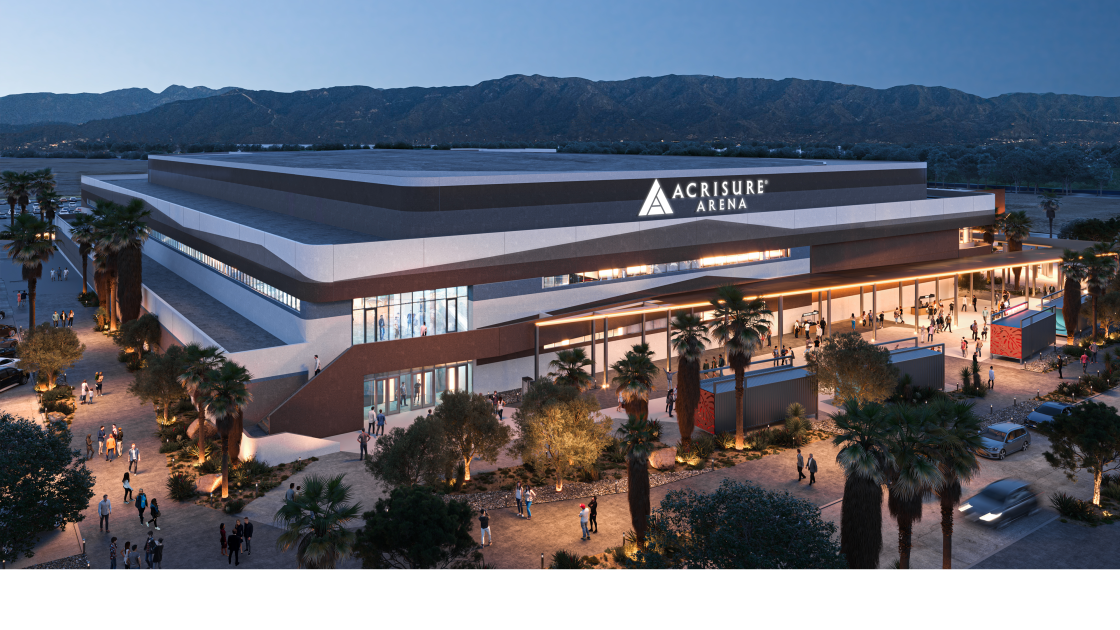 Copy
Palm Springs, CA (February 1, 2022) – Oak View Group (OVG), the global venue development, advisory, and investment company for both the sports and live entertainment industries, today announced that Marcus Kroulik has joined the company as vice president of ticketing for Acrisure Arena, Southern California’s most anticipated live entertainment and sports venue located in Palm Springs, California, and the future home of the Coachella Valley Firebirds. Kroulik will begin his new role effective immediately and will report to John Bolton, senior vice president, entertainment – facilities, and general manager, Acrisure Arena.
Bolton commented, “We are thrilled to welcome Marcus to the Acrisure Arena team. Marcus has been a steadfast leader in his roles with both the Target Center in Minneapolis and the Florida Panthers. His skillset with both arena and team ticketing is critical to our success, and he will play a key role as we begin to make preparations for tickets to go on sale in the coming months for our first events.”
With more than 15 years of experience, Kroulik will be responsible for planning and implementing the ticketing strategy including all day-to-day ticket operations for the Arena and AHL Firebirds.
“I’m extremely excited to join the OVG team at the Acrisure Arena,” said Kroulik. “Opening a new arena, building a ticketing team, and having the opportunity to join one of the premier venue management companies in the US have all been bucket list items for my career. I look forward to working with the incredible team already in place and am excited to take part in opening a world-class arena in Coachella Valley.”
Before joining OVG, Kroulik served as ticketing director at Target Center for nearly seven years. Prior to that, he was director of ticketing operations for six years with the NHL’s Florida Panthers. Kroulik earned a bachelor’s degree in communications from Saginaw Valley State University and his master’s from the University of Miami.