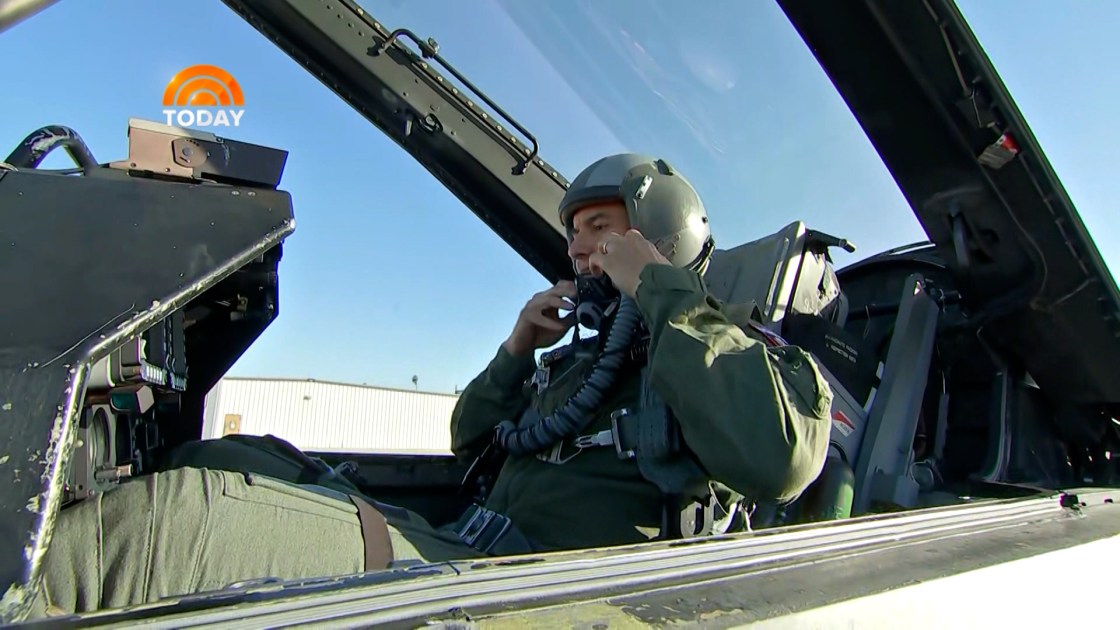 Super Bowl 56 kicks off Sunday at 3:30 PM on NBC Palm Springs, one of the most recognizable parts of the pre-game ceremonies is the flyover. Brandy Flores caught up with NBC News’ Tom Llamas who went up in one of the jets and even had a chance to take control for a couple of minutes.

Brandy: I’m here with Tom Llamas. You might have seen him on NBC News or Nightly News with Lester Holt, but this weekend he’s here all this weekend covering things for Super Bowl 56. Now, Tom, on Thursday, you literally just hopped off the jet, tell us about that experience.

Tom: Yeah. So you know, every Super Bowl has that military flyover. It’s sort of done right after the national anthem. This year, it’s gonna be a little different. They’re gonna have four vintage jets, and then an F-16 Viper. That’s what I got to fly on, it was incredible. We went more than 600 miles per hour, we hit nine G’s. We did rolls, I got to fly this jet, which was really incredible, but it’s just amazing. It’s a reminder of what our military men and women do every single day the sacrifices they make and the families make.

Brandy: Wow, that sounds like an incredible experience that you’ve got to be a part of! Now you said you flew it, you just kind of slid that in there, so what did you mean by that?

Tom: I hate to say this, but there’s a little like, a joystick almost. And you go a little bit forward and it takes off and you go a little bit left and it does rolls. It’s a lot of fun. Obviously, the pilot was there. He’s a great guy, and he kind of walked me through everything, but they couldn’t have made it easier. It’s just it’s actually like a workout. Because when you hit the nine G’s, it’s like, it’s like nine I don’t know the exact calculation but it feels like a refrigerator just getting pressed against your chest. You have to do these weird breathing techniques so you don’t pass out or throw up. Yeah, I didn’t do either, so that’s good!

Brandy: So you seem like you really enjoyed your experience. Will you be doing this again, if you can?

Tom: Yeah, it’s actually my second ride. I did one with the Thunderbirds. And every time I do it, I kind of like to call my wife before and after make sure everything went okay. I don’t know if we’ll do to get it. It takes a lot. It’s intense, but I mean of course, it’s like once in a lifetime. I’ve had it twice now but it’s so fun that I probably would do it again.